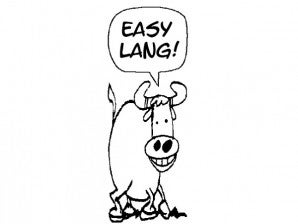 The embattled head of the Department of Agrarian Reform (DAR) hit back at 78 bishops who wrote a letter to Malacañang asking for a revamp of the agency, whose leadership they accused of grossly underperforming in the acquisition and distribution of lands.

The bishops said they were “greatly alarmed” by the dismal performance of the DAR and that the government was “racing against time” in covering and distributing landholdings to farmers before the deadline.

But De Los Reyes said he wished the bishops would stop panicking and imagining June 2014 to be some sort of doomsday date like the widely discredited hoax that the world would end in December 2012 as purportedly predicted by the Mayans.

“The expiration of CARP is not the end of the world, and I hate to say this to bishops,” he told the Inquirer by phone.

De Los Reyes said the arguments of the bishops in their Jan. 24 letter were based on two mistaken premises: one, that the government would no longer be able to distribute lands once the agrarian reform law expired; and two, that the issuance of the certificates of land ownership award (CLOA) was still a long way away from the actual grant of the land.

On the contrary, he said the DAR could still continue its role of processing and distributing landholdings beyond June 2014 provided it was able to issue Notices of Coverage to the property in question before the deadline.

Furthermore, De Los Reyes said the bishops were mistaken in thinking that the award of CLOAs would involve “landowners standing guard at the gates” to keep the CARP beneficiaries away, when in most cases, landowner resistance would already have been resolved at that stage.

This, he said, would justify the DAR’s move to include landholdings with CLOAs in the 2012 accomplishment report indicating that the DAR was able to acquire and distribute 116,831 hectares of land that year.

The bishops had wondered how the DAR could have accomplished the processing of 63,251 hectares in the last two weeks of December alone, considering that it was only able to distribute 53,580 hectares as of Dec. 13, 2012.

De Los Reyes admitted that the 116,831 hectares still fell far short of the original target for 2012 of 260,000 hectares (later adjusted to 180,000) but he added that the bishops failed to appreciate the fact that the DAR was already working on landholdings “in the pipeline for the next six months.”

“This means that a lot of what we’re going to distribute in 2013 had their paperwork already completed in the past year,” he said.

The DAR secretary denied that the mechanisms he put in place in the department only added “layers of bureaucracy” in acquiring and distributing lands.

He said the DAR was in the process of reviewing the database of lands “that ought to be covered or ought not to be covered” by CARP.

Based on estimates, more than 300,000 hectares of land will still be left to distribute by the time the CARP expires in 2014, although ideally, all these shall have been issued notices of coverage by then.

“But the balance could in fact be lower than that,” De Los Reyes said, noting that there are landholdings in the database that might no longer be covered by CARP.

He said he wished the bishops did not listen to only one group, the militant Negros Occidental-based Task Force Mapalad, and considered discussing the issues with him first before sending their letter.

De Los Reyes said the bishops were apparently being fed wrong information and he would be more than glad to sit down with them to clarify the issues.

He said he did not feel any pressure to resign, and would leave that decision to President Aquino.

“If the President feels that I’m no longer fit for the job, then I’ll take my things in a milk box and be on my way,” De Los Reyes said.

In a separate statement issued on Saturday, two DAR undersecretaries sought to debunk the bishops’ claim of an “impending agrarian reform crisis.”

Agrarian Reform Undersecretary for Finance and Administration Perry Villanueva said the bishops’ assertion of DAR underperformance stemmed from their “seeming failure to recognize the difficulties of acquiring and distributing almost one million hectares of privately owned lands, now the subject of agrarian reform under the extended CARP law.”

Agrarian Reform Undersecretary for Field Operations Jose Grageda said what the DAR did was to adjust the target for land acquisition and distribution due to the incomplete database, which adversely affected the DAR’s ability to know the actual status of the claim folders.