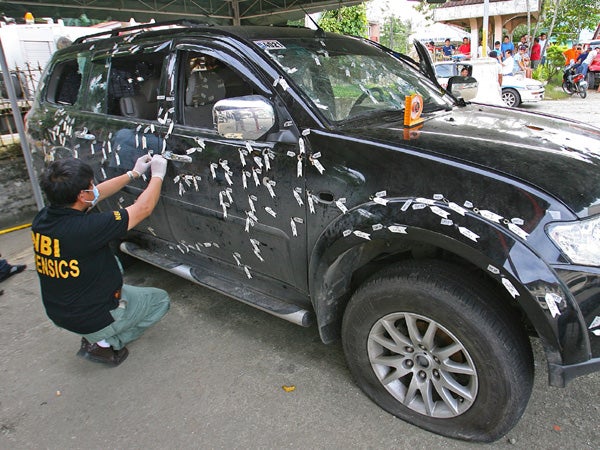 MANILA, Philippines—The explanation made by the Presidential Anti-Organized Crime Commission (PAOCC) regarding “Coplan (case operation) Armado” that led to the death of 13 people in Atimonan, Quezon last Jan. 6 is satisfactory, an official privy to the investigation of the National Bureau of Investigation said.

Villasanta told investigators that PAOCC did not approve operation since its proponents led by Superintendent Hansel Marantan were not able to submit several requirements.

He, however, admitted their office provided P100,000 to Marantan’s team to help them in building an airtight case against their targets.

“The main issue in our investigation, as ordered by (Justice) Secretary (Leila) de Lima, is the propriety of the operation. Funds were given to Marantan and his team, but this was to gather intelligence that was a prerequisite for approval. Can the PAOCC be liable if there was indeed an overkill considering there was no approval yet?” the insider said.

Another source said that the NBI already had a draft report of the incident where it recommended that all the police and military involved in the operation be held liable for the death of the 13 people.

The NBI gave weight to the witnesses’ testimony and ballistic report.

The NBI also included in its post incident report the location and situation sketch as well as computerized animation to clearly demonstrate what happened.