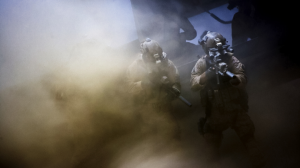 WASHINGTON – Bloody interrogations like those depicted in Hollywood’s take on the hunt for Osama bin Laden “Zero Dark Thirty” never really happened, according to the former CIA official who ran such programs.

“The truth is that no one was bloodied or beaten in the enhanced interrogation program which I supervised from 2002 to 2007,” Jose Rodriguez wrote in a Washington Post article headlined: “Sorry Hollywood. What we did wasn’t torture.”

The former CIA official was weighing in on the controversy over the depiction of US intelligence practices in “Zero Dark Thirty,” which hits most US theaters on January 11.

Directed by Academy Award-winning Kathryn Bigelow, the movie tells the story of the decade-long search for Bin Laden after the 9/11 attacks, climaxing in the dramatic, deadly raid in May 2011 on his hideout in Abbottabad, Pakistan.

But Rodriguez said the torture scenes were pure fiction.

“Nobody was hung from ceilings. The filmmakers stole the dog-collar scenes from the abuses committed by Army personnel at Abu Ghraib in Iraq. No such thing was ever done at CIA ‘black sites,'” he said, highlighting careful monitoring of the interrogations.

“To give a detainee a single open-fingered slap across the face, CIA officers had to receive written authorization from Washington,” Rodriguez said.

“Detainees were given the opportunity to cooperate. If they resisted and were believed to hold critical information, they might receive – with Washington approval – some of the enhanced techniques, such as being grabbed by the collar, deprived of sleep or, in rare cases, waterboarded.”

But even the last technique, a form of simulated drowning and a subject of major controversy, was not as extreme as the on-screen version and was never used after 2003, Rodriguez said.

“Instead of a large bucket, small plastic water bottles were used” on men on medical gurneys, he explained.

Rodriguez defended the use of secret detainment centers around the world, so-called “black sites,” saying they allowed agents “to repeatedly go back to the detainees to check leads, ask follow-up questions and clarify information.”

A number of top lawmakers, as well as the acting head of the CIA, Michael Morrell, have come out to say the film has exaggerated the importance of information obtained by harsh interrogations.

Three powerful US senators have called on the CIA to provide details on its cooperation with the film’s director, to look into whether Bigelow could have been “misled” by information the agency gave her.

In a letter dated December 19, the senators – John McCain, Dianne Feinstein, and Carl Levin— asked Morell to supply them with all documents and information provided to the filmmakers.