SC: 'Affidavit rule' not suspended but up for deliberation | Inquirer News

SC: ‘Affidavit rule’ not suspended but up for deliberation 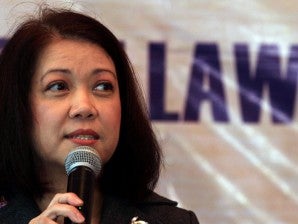 MANILA, Philippines — The Supreme Court clarified that the implementation of the Judicial Affidavit Rule (JAR) was not suspended.

In a statement, the high court’s Public Information Office said Chief Justice Maria Lourdes Sereno has submitted to the court en banc (full court) for deliberation the request of the Prosecutors League of the Philippines (PLP) to defer its implementation for a year.

“Chief Justice Maria Lourdes P.A. Sereno, responding to a request from the PLP for the deferment of the implementation of the JAR for at least a year in criminal cases, has directed that the request be included in the agenda of the Supreme Court’s First En Banc session of the year on Jan. 8, 2013,” the high court said Thursday.

The JAR requires submission of judicial affidavits in lieu of direct testimony of witnesses in criminal cases. The rule took effect on January 1 .

The high court statement, however, did not mention Circular No. 146 which was issued by the Office of the Court Administrator to all Justices of the Court of Appeals, Sandiganbayan, Court of Tax Appeals, Judges of trial courts, Investigating Officers authorized by the Supreme Court to receive evidence including the Integrated Bar of the Philippines, arbiters of Special Courts and Quasi-Judicial bodies which mentions that it would be more prudent, as recommended by Associate Justice Roberto Abadn to suspend implementation pending decision of the Court en banc.

Abad, together with Associate Justices Diosdado M. Peralta and Lucas Bersamin, met with members of the Prosecutors’ League of the Philippines on December 21. Abad made the recommendation to suspend the implementation of the rule.

The new rule, which was approved by the high court unanimously last
September, provides that “when a party [whether plaintiff or defendant] questions his own witness, he no longer needs to place the witness on the witness stand.” As a substitute, the party or his lawyer merely submits the written sworn statement of his witness in a question-and-answer format.

It also requires each party to the case to attach all his documentary evidence to the judicial affidavit, which, in turn, must be submitted at least five days before the “pre-trial” or “preliminary conference” in the case.

The JAR was said to be effective in reducing the time used for presenting the testimonies of witnesses by about two-thirds after a pilot program was conducted in the Quezon City courts.

However, the PLP said they have limited time to prepare judicial affidavits because they were saddled with heavy workloads.

It added that while it has been successful in Quezon City or would be successful in Metro Manila areas, this was so because there were sufficient number of prosecutors in the area unlike in the provinces with too few prosecutors.

“The prosecutors in the regional, provincial and city prosecution offices have limited time to prepare judicial affidavits because they are already saddled with heavy workloads, such as trial, including criminal and special proceedings cases; preliminary investigation, inquest proceedings and summary investigation (direct filing),” the PLP said. It said the SC’s successful experiment in Quezon City on the JAR “cannot apply to prosecution offices with lesser number of prosecutors.”

“Moreover, while litigants in Quezon City usually reside within the city, those in regions and provinces reside in inaccessible and far flung areas. Thus, they will spend additional expenses in going to prosecution offices to execute their judicial affidavits,” the PLP said.