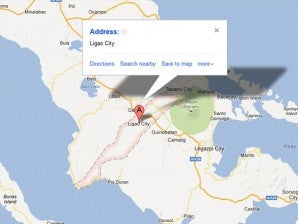 MANILA, Philippines — The wife of a militiaman was killed by suspected New People’s Army rebels in Albay, hours before the communists were supposed to end their truce with the government, the military said Thursday.

Off-duty militiaman Arnel Yuson was travelling on board a motorcycle with his wife, Sarah Jane, when they were blocked by at least three heavily-armed bandits along the road in Oma-oma village in Ligao City  at 7:30 p.m. Wednesday.

“The bandits rained a hail of bullets at the hapless victims. Arnel was able to escape unhurt but his wife died of her fatal wounds during the ambush, forcing him to leave her behind to report the incident to the authorities,” said Lieutenant Colonel Audrey Pasia of the Army’s 2nd Infantry Battalion.

Pasia added that Yuson and his two other brothers had long been wanted by the rebels for their successful operations against the rebel group.

“Arnel was credited for the arrest of notorious bandit leader Iglecirio Pernia a.k.a. Ka Choy. His two brothers are also serving in the CAFGU and in the Army and both are actively involved in the successful combat operations against the bandits in this province.”

Pasia added that Ka Choy was released from a provincial jail in Ligao City as part of the government’s peace deal with the communist rebels.

The Communist Party of the Philippines declared Wednesday morning that it would cut short its ceasefire with the government from the originally agreed January 15 to Wednesday at 11:59 p.m.