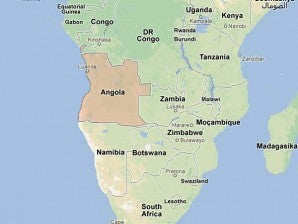 JOHANNESBURG – Ten people, including four children, died and 120 were hurt in a stampede at an evangelical vigil in the Angolan capital Luanda on New Year’s Eve, Angolan news agency Angop reported.

It quoted civil protection spokesman Faustino Sebastiao as saying the victims were crushed by the crowd and asphyxiated at the entrance to the Cidadela Desportiva stadium after only two of the four gates had been opened.

Twelve of the injured were still in hospital on Tuesday.

“We were expecting 70,000 people but far more turned up,” Ferner Batalha, a bishop of the Universal Church of the Kingdom of God, was quoted as saying.

He said the pentecostalist church had told the authorities about the event and requested that Red Cross workers attend.

Lina Ali, director of clinical services at Americo Boavida hospital, confirmed that the victims had died of asphyxiation, saying 70 people had been hospitalised.

The Universal Church of the Kingdom of God was founded in Brazil in 1977.