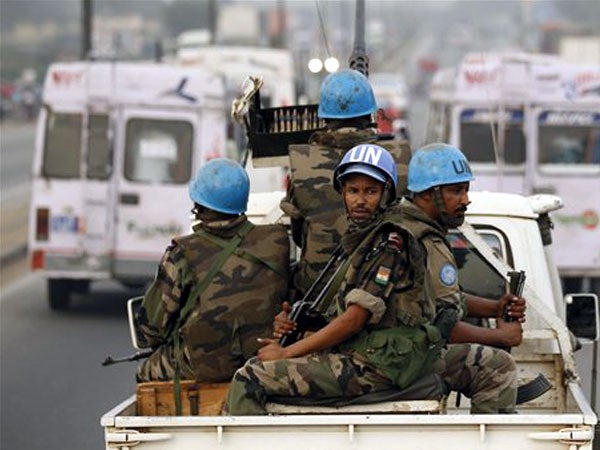 DILI – The UN ends its peacekeeping mission in East Timor Monday after 13 years of boots on the ground in Asia’s youngest nation following a bloody transition to independence.

The mission, which saw the presence of some 1,500 UN troops and police, will take down its flag and send home the last of its peacekeepers, including five Portuguese officers, while a “liquidation team” of 79 will remain to tie up loose ends.

The mission began withdrawing troops in earnest in October when national police resumed responsibility for security, following the peaceful election of a new president and parliament.

“The Timorese people and its leaders have shown courage and unswerving resolve to overcome great challenges,” United Nations Integrated Mission in Timor-Leste (UNMIT) chief Finn Reske-Nielsen said in a statement.

“Although there remains much work ahead, this is an historic moment in recognising the progress already made.”

Reske-Nielsen said the withdrawal did not mark an end to the partnership between the UN and the country, officially called Timor-Leste, as “challenges still remain”.

“As peacekeepers depart, we look forward to a new phase in this relationship focusing on social and economic development.”

Observers say there is little indication that there will be renewed violence in the short term, but public institutions, including the police force and judiciary, remain weak.

There are also concerns that rampant poverty, high unemployment rates among the youth and a fast-growing population could lead to future unrest.

Government critics have highlighted the economy’s heavy reliance on significant but depleting offshore oil and gas reserves that they say benefit urban Timorese more than the regional poor.

The UN played a key role in the birth of East Timor, organising the 1999 vote that ended Indonesia’s 24-year occupation, in which around 183,000 people — then a quarter of the population — died from fighting, starvation or disease.

It oversaw East Timor until 2002, when an independent government took over.

UN peacekeepers streamed in again in 2006, when a mass desertion among the armed forces prompted fighting between military factions and police, and street violence left at least 37 people dead and tens of thousands displaced.

The only major violence since was a failed assassination attempt on then-President Jose Ramos-Horta in 2008.

Read Next
BJMP NegOr accepts applicants for jail officers
EDITORS' PICK
UK’s Boris Johnson will resign, BBC reports
Unemployment rate up to 6% in May
Geek out at TOYCON 2022 powered by Smart Signature
High inflation: Your P1 is now worth only 87 centavos
High-risk pregnancy: Reducing your risk is in your hands
House energy committee chair Arroyo bats for cheap electricity
MOST READ
Suspect in grisly killing of missing woman in Bulacan arrested
Kim Atienza’s daughter flaunts bikini body in response to critics of her ‘revealing photos’
Japanese artist who created ‘Yu-Gi-Oh!’ found dead in the sea
UK PM quits as Conservative leader
Don't miss out on the latest news and information.