Fringe groups all set for end of the world | Inquirer News

Fringe groups all set for end of the world 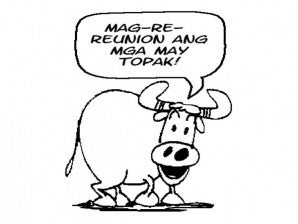 BUENOS AIRES—As mountaintops go, this one is for meditating. And the odd UFO sighting. But now it is closing for a few days to avert a mass suicide by folks girding for the world’s end.

That doomsday is indeed upon us—with Christmas just around the corner, heaven forbid—is one gloomy interpretation of a Mayan India calendar.

It’s a cause for celebration for many in Mexico and Central America, but spells doomsday for some believers.

In China, police have detained more than 500 people from a fringe Christian group for spreading rumors about the world’s impending end.

In the Philippines, followers of a cult group said to be headed by a little-known movie actor have built a settlement on a hill in Surigao City that they claim will protect them from the “great darkness” that will begin on Friday.

In Argentina’s central Cordova province, fallout will be felt at a mountain called Uritorco, which was sacred for indigenous peoples when their numbers were still large in Argentina.

Authorities will shut down access to Uritorco from Dec. 20 to 22 because an appeal has gone out on Facebook for people to climb the hill on Dec. 21 and commit “massive spiritual suicide,” said Gustavo Sez, mayor of the nearby town of Capilla del Monte. That name means chapel on a hill.

“It was a decision taken by consensus, to preempt any distortion of the Mayan prophecy,” he said.

The peak is about 2,000 meters high and located in a tourist  area 750 kilometers north of Buenos Aires.

Young and not-so-young people climb up there to meditate and do esoteric stuff. In decades past, UFO sightings from its touchy-feely heights have been reported.

The tourism industry is fuming with the temporary shut down.

Hotels and hostels nearby had been expected to house around 15,000 people just before Christmas. Tourism is the main source of revenue in the region.

Forget about all that money now, says Gabriel Schiaffino, head of the Capilla del Monte tourism association, who said he was puzzled by word of the mass suicide.

The hotel occupancy rate is now about 1,000 people “but we don’t think anyone else will come, which is awful news,” he said.

Is there is a silver lining anywhere? Yes.

Associations of people who like to meditate have appealed for a gathering on Dec. 21 in Capilla del Monte itself to mark the beginning of the new era, as per the mainstream, upbeat reading of the Mayan calendar.

“A lot of people mistake the day for the apocalypse,” said Machenka Jacobella, one of the organizers.

Police seized leaflets, video discs, books and other apocalyptic materials in the recent arrests of more than 500 people across eight provinces and regions, from the prosperous east coast to less developed western China, according to state media reports.

Those detained are reported to be members of the group Almighty God, which is also called Eastern Lightning, after a phrase from the Bible’s Book of Matthew.

Widely regarded as a heretical Christian sect, the group preaches that Jesus has reappeared as a woman in central China. It has been accused of targeting Christians, kidnapping and beating them to force conversions.

Chinese society has been in tumult as decades of rapid free-market economic growth discredit communist ideology, loosen social controls and pull hundreds of millions from the countryside to the cities.

Into the spiritual void have rushed traditional Buddhist groups and Daoist practices, as well as evangelical Christian churches and other spiritual groups, some with unorthodox and apocalyptic visions.

Eastern Lightning first appeared around 20 years ago, and the official Xinhua News Agency said that its members had “recently latched on to the Mayan doomsday prophesy to predict that the sun will not shine and electricity will not work for three days beginning on Dec. 21.”

The state-run Huashang website last week, citing local authorities, reported that the group is urging followers to “exterminate the great red dragon”—a reference to the Communist Party—“and found a country under the rule of Almighty God.” Reports from AP and AFP