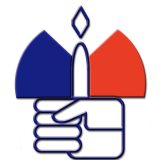 MANILA, Philippines — The Commission on Elections (Comelec) is poised to delegate the task of monitoring campaign finances to the National Citizens’ Movement for Free Elections (Namfrel) in its bid to ensure that candidates in the 2013 balloting won’t be elected through illicit funds.

Election Commissioner Rene Sarmiento said the Comelec en banc was highly inclined to give such duty to Namfrel as one of its accredited citizens’ arms for the upcoming midterm elections.

“We will see to it that as much as possible, there will be no duplication of election duties,” Sarmiento told reporters in an interview.

“Based on our initial decision, the en banc is inclined to give Namfrel the duty of helping us monitor campaign contributions and funding, among other tasks…so we don’t think there will be duplication of work even if we accredited two citizens’ arms,” he disclosed.

He also pointed out that such task would be within the expertise of Namfrel, whose head, Corazon de la Paz, is a certified public accountant and the former chair of the Social Security System.

Monitoring campaign finances and expenses has always been a taxing job for the Comelec so having “extra eyes” to go over voluminous documents would be welcome, said Sarmiento.

“While we are still tapping accountants for this task, we need additional help since the Comelec is swamped with other election-related duties. And also, we lack in expertise so the more eyes to look into these documents, the better,” he said.

The Comelec official stressed the importance of strictly monitoring campaign funds to make sure that funds donated to candidates were not obtained from the illegal numbers racket “jueteng” or from drug trafficking.

It would also help level the playing field among the candidates if rules on campaign finances and contributions were to be implemented stringently, he added.

“In closely monitoring campaign finances, we will also be able to determine who gave a winning candidate the biggest funding because usually the ones who give the biggest support financially are awarded with favors such as government contracts,” said Sarmiento.

Namfrel’s duties as an accredited citizens’ arm would be finalized in a resolution, noted the official.

Meanwhile, the PPCRV has been tasked to perform the following duties: to carry out poll watching in various precincts; to give assistance to voters on election day, particularly the senior citizens, persons with disabilities, pregnant women, detainees, indigenous peoples, among others.

The PPCRV is also expected to assist the Comelec in voters’ information and education campaigns in every town, city and province for the May 2013 balloting.