Aquino to AFP: Get illegal loggers 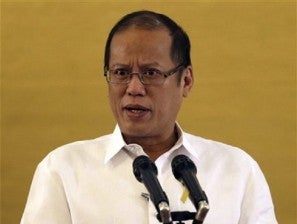 President Benigno Aquino has authorized the military to take over the campaign against illegal loggers in Mindanao from the Anti-Illegal Logging Task Force (AILTF) after 25 of the force’s civilian members were killed in less than two years, officials said.

The AILTF, composed of three Cabinet secretaries, the military chief of staff and national police chief, recently issued a resolution converting the campaign against illegal loggers in Mindanao from a “civilian to a military operation.”

The resolution, a copy of which was obtained by the Inquirer, cited two major reasons for the shift in strategy: the killing of 25 agents and partners, and the presence of insurgents and armed groups in the areas.

“This is an offshoot of the situation in Mindanao, wherein we have armed groups. No. 2, we lost people, and No. 3, we have indications that maybe some of the task force personnel are already compromised,” Environment Secretary Ramon Paje, AILTF chairman, said by phone.

“The other side has firepower,” Miranda said also in a phone interview.

This has been cleared with the President, Paje added.

“The President has agreed. It’s justified because the area is infested with the Left,” he said. “This is now the final blow to the loggers.”

In February 2011, Mr. Aquino issued Executive Order No. 23 imposing a moratorium on the cutting and harvesting of timber in natural and residual forests. This also established the AILTF, which in turn formed a civilian contingent to handle the task force’s day-to-day operations.

So far, the government has seized some 19.2 million board feet of logs worth at least P150 million, and filed cases against 540 individuals, leading to the conviction of at least 72 across the country.

Illegal logging “hot spots” throughout the country were whittled down from 197 to 31, 80 percent of which is in Mindanao, Paje said.

In July this year, the AILTF was instructed to refocus its campaign in illegal logging “hot spots,” including  Agusan del Sur, Agusan del Norte and Surigao del Sur in Caraga, and Compostela Valley, Davao del Norte and Davao Oriental in Region XI.

The campaign came at a cost—the deaths of 25 AILTF personnel, including soldiers and policemen, and partners.

This prompted the AILTF to hold a special meeting on Sept. 11, where Paje, Gazmin, Dellosa and other senior military officials agreed to modify the campaign strategy from a civilian operation to an active military operation “in view of the presence of insurgency and armed groups” in Mindanao.

But the resolution was partly prompted too by Miranda’s admission that some task force personnel “may have been compromised,” Paje said.

Miranda said he received information about a possible “collusion” between some personnel and loggers, but added that he had no evidence of this.

Before dying in a plane crash on Aug. 18, Interior Secretary Jesse Robredo “confronted” Miranda about his meeting with logging concessionaires in Region XIII or the Caraga Region. Miranda, a retired military general, explained that he was extracting information from them.

“I already explained that to Secretary Robredo when he was alive,” Miranda said on Sunday.

In August, special assistant Isoceles Otero reported to Robredo that an AILTF agent in Surigao was collecting money from key players in the illegal logging trade supposedly on Miranda’s orders. Miranda strongly denied the charges and even offered to quit.

Miranda said he had yet to discuss an offer by Paje to be part of the department’s “mobilization program” in Luzon and the Visayas after his stint with the AILTF.

The Department of National Defense, through the AFP, will lead in confiscating illegally cut lumber and arresting violators. The PNP, on the other hand, will lead in the arrest of loggers and the filing of cases against them, according to the resolution.