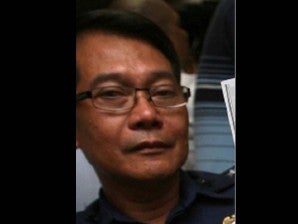 Tipsters after a P250,000 bounty are making the hunt for 92 suspects in the Maguindanao massacre still at large much more difficult.

As a result, the Philippine National Police announced Thursday it would have to “shift its strategy” in the manhunt.

In a statement, the PNP Criminal Investigation and Detection Group (CIDG) said the strategy would include a review of the identities and personal profiles of the suspects “and if necessary to purge the list in order to come up with a logical approach in accounting for the remaining suspects.”

Director Samuel Pagdilao noted that in several cases where people  were mistakenly arrested because their names were similar to those on the list of wanted persons.

The CIDG chief directed the head of the Special Investigation Task Group Maguindanao, Senior Supt. Keith Ernald Singian, to conduct a research that would establish the identities of the real suspects.

Pagdilao admitted that the “arrest of the remaining suspects has hit a snag” because of the fictitious and similar names and aliases of the suspects.

The lack of identifying documents, birth certificates, and photos of the suspects has made it difficult for CIDG operatives to establish the identities of the suspects and implement the arrest warrants.

Senior Insp. Kimberly Gonzales, CIDG spokesperson, told the Philippine Daily Inquirer by phone the police would also have to confirm a seeming “pattern” that there were people “orchestrating” the arrests of alleged suspects, only for the authorities to find out that these people were not involved in the gruesome massacre.

The supposed tipsters are apparently only out to get the reward money of P250,000 for information leading to the arrest of each of the suspect, Gonzales said.

Pagdilao has ordered an investigation of the reports.