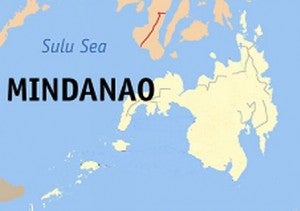 MANILA, Philippines – A demining project that will bring experts to clear unexploded bombs in Mindanao may allow more than 100,000 residents living in Southern Philippines’ conflict-affected areas to effectively cultivate their lands.

It said that the project, backed by P29 million funding from the EU, would identify and clear suspected hazardous areas in 21 municipalities in Maguindanao, Cotabato, Lanao del Norte, and Lanao del Sur. It would cover a total of 450, 629 hectares inhabited by 814, 651 people.

“If 15 percent of these affected municipalities are found to be suspected hazardous areas, the project will potentially release 67,594 hectares of land for increased livelihood for 122,198 direct beneficiaries,” it said.

It added that aside from the objective of increased access to the land, the project would also pave the way for enhanced safety and security and would “free the beneficiaries from the fear of being killed or injured by these unfortunate relics of war.”

It noted that the project, though long overdue, came at a “perfect time” as it would be implemented after the recent signing of the government-MILF Framework Peace Agreement. The pact would pave the way for the creation of a new autonomous region to be called Bangsamoro, and aims to achieve a final by 2016, ending an insurgency that has claimed an estimated 150,000 lives since the 1970s.

In interviews via email, Alfredo Lubang, National Coordinator of the PCBL, noted that what was unique about the project was that the objectives would be the output of the negotiation and dialogue amongst previously fighting groups.

“This as an opportunity to prove that both warring parties can work together and take on the responsibilities to address the consequences of decades of fighting,” Lubang said.

Lubang noted that the implementation of the project would be based on the ‘Guidelines’ signed by both panels on May 5, 2010 in Malaysia.

He added that when the PCBL made the joint proposal with Swiss Foundation for Mine Action, they emphasized that “the idea of a joint clearance operations in the context of an ongoing process will boost the trust confidence of both parties to continue the peace negotiations.”

The joint statement with the EU also noted that both panels had expressed their “endorsement, cooperation, and support” for the project through separate letters sent to the EU and the PCBL in November 2011.

“Hopefully, we will begin the trainings by December and hopefully the Task Force will be functional by then. We are looking at January for the start of the field operations,” Lubang said.

He added that British national Craig Willis and Swedish expert Paul Boncz, both from the Swiss Foundation for Mine Action, were in Cotabato to oversee the project.

“This is now a phase where we are translating the words of the agreements into deeds and making sure that our communities are safe and threats of unexploded remnants of war are reduced,” Lubang added.

Read Next
De Lima blames defense, SC pleads for ‘cooperation of all’ in massacre trial
EDITORS' PICK
What to watch out for when selecting a video surveillance solution
DOH says COVID-19 cases plateauing, but public shouldn’t be ‘complacent’
House energy committee chair Arroyo bats for cheap electricity
Unleash the photographer in you this World Photography Day with vivo smartphones
23,000 cops to be deployed nationwide for school reopening
Look Through: The fate of impounded stray dogs
MOST READ
Sharon Cuneta asks for prayers for friend in ICU who suffered silent stroke
Light therapy could be the answer to your sleep problems
Korina Sanchez reunites with former ABS-CBN co-anchors Julius Babao, Cheryl Cosim
PBA: San Miguel ousts Meralco to arrange finals duel vs TNT
Don't miss out on the latest news and information.