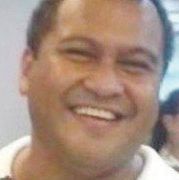 This is the 7th complaint against Aman that has reached the Department of Justice’s Special Panel of Investigators.

The complainants said investment ranges from P20,000 to P4.1 million.

They said they were promised a return of their investment within eight days and a 50 percent to 80 percent profit for 17 to 20 days.

“The said investment was enticing double your money scheme that reached even the social media,” the complainant said.

“Based on the [evidence] on hand, the Stig Aman [finds] that it is a clear manifestation that the incorporators and operators of Aman Investments in Kawit, Pagadian City mentioned… [were] clearly conspiring and confederating with one another and operating a syndicate… by means of false representation and fraudulent means to invest in the said scheme and by means of other similar deceit violated laws on Art. 315 (estafa) of the Revised Penal Code in relation with Presidential Decree No. 1689 (Large scale/syndicated estafa…” the complaint stated.