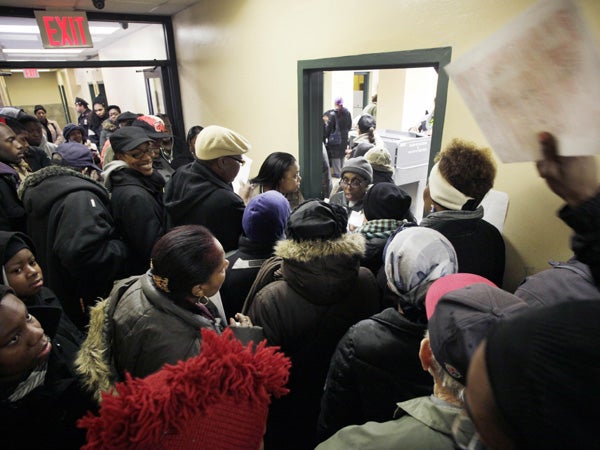 A man tries to hand his ballot, top right, to an election worker, standing in the doorway, as voters crowd an apartment building hallway, Tuesday, Nov. 6, 2012 in the Coney Island section of New York. AP/Mark Lennihan

WASHINGTON — Preliminary results of an exit poll conducted for The Associated Press show that the presidential election hinges once again on the economy.

The survey of voters as they leave polling places Tuesday shows 6 in 10 voters say the economy is the top issue facing the nation, with unemployment and rising prices hitting voters hard.

About 4 in 10 say they think the nation’s economy is on the mend, but more say that things are getting worse or are bad and stagnating.

About half of voters say the previous president, George W. Bush, shoulders more of the blame for economic challenges than President Barack Obama.

Just a quarter of those surveyed in the exit poll say they are better off than four years ago.