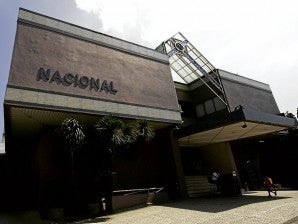 It’s really that part of the city that never sleeps, since the funeral wakes go on 24/7.

For decades, the four-kilometer stretch of Gregorio Araneta Avenue in Quezon City has been known as the “road to five-star funeral homes,”  a showcase strip of the country’s death care industry.

Death may be the great equalizer, but there is always a right package here for the elite, the average Juan and everyone else in between in their final days before burial or cremation.

No official, no ordinance, designated it as mortuary row, but today’s Araneta hosts four big funeral homes that are, well, locked in stiff competition.

Its transformation from a mere grassland in the 1960s was really more driven by “location, location, location,” according to the oldtimers.  One company moved in, others simply followed suit—and the road’s reputation as the last pit-stop for the dead was born. 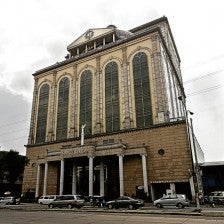 The Sanctuarium. Photo by RAFFY LERMA

“The street was still full of potholes back then, but we decided in 1968 to move here from the old downtown in Avenida Rizal (in Manila),” said Antonio Quiogue Jr., general manager of 112-year-old Funeraria Nacional, the first Araneta locator.

In moving to Quezon City, Nacional left behind old rivals on Avenida Rizal such as Funeraria Popular, La Funeraria Paz and Funeraria Quiogue, the last owned by the Nacional owners’ relative.

Quiogue said his father Antonio Sr. was initially apprehensive about the transfer to Araneta Avenue “where he didn’t know anybody.”

“He was concerned because our clients have always identified us with Avenida Rizal. But when we moved here, business clicked in less than a year,” the younger Quiogue recalled.

From operating eight chapels in 1968, Nacional now has 14. It also prides itself in having served eight Philippine presidents from Emilio Aguinaldo who died in 1964 (before the relocation) to Diosdado Macapagal who passed away in 1997. 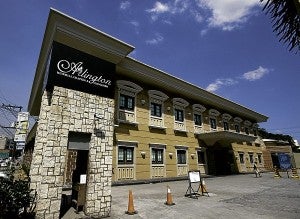 Quiogue speaks fluent Spanish to better maintain ties with the company’s longtime clients, which includes the country’s old rich like the Madrigals, the Tuasons and the Ortigases.

Nacional was followed by a familiar competitor, La Funeraria Paz, which set up business on Araneta in the 1970s. Paz now has 26 chapels.

Two more companies—The Sanctuarium (formerly Capitol Memorial) with 28 chapels and Arlington Memorial with 25—joined the fray in the 1980s.

Arlington actually bought Nacional’s old property on Avenida Rizal but also moved to Quezon City in 1985 to get itself a slice of the market being drawn there. As the youngest kid on the block, Arlington started out by converting the old Thomas Jefferson Library on Araneta into a funeral  facility. 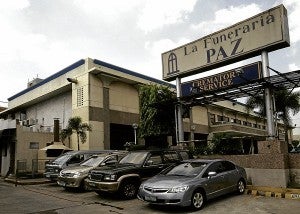 Rafael Jose, the company president whose father Nestor Lope Jose founded the business, described avenue to be a strategic site for the  enterprise, being easily accessible from neighboring Manila and Caloocan City.

“This is really a central location. The road is now wider and easily accessible,” he said.

In his view, proximity to the cemeteries is really “not a factor” why funeral homes have sprouted along the avenue.  “We have done burials as far as Parañaque City.”

In between the funeral homes, the flower business naturally went abloom on Araneta as well. One of the oldest shops, seeing a rosy future,  opened even while the Nacional chapels were still under construction.

Jaime Aguinaldo, whose mother established Choleng’s Flower Center in Manila in the 1940s, said his company put up a branch on Araneta precisely to cash in on Nacional’s relocation in 1968. “Those types of businesses go hand in hand.”

Remarkably, Aguinaldo’s and other flower shops on Araneta have since been the go-to place not only for mourners but for anyone who need fresh blooms for any occasion.

In a way, they have piggybacked on the death care industry but later found themselves also catering to the living on Valentine’s, Mothers’ Day, weddings, etc.  (The buyer, though, may have to be careful not to tell the object of his or her affection that the flowers were bought on Araneta).

For indeed, the Filipino burol (wake) has evolved to combine somber rituals and deep lamentations with the light air of family reunions, rekindled ties and after-work fellowships.

Such has been the unique atmosphere on Araneta Avenue, where over 70 coffins are at the center of such gatherings on any given night, making it a preferred place not only for grieving but for celebrating life.