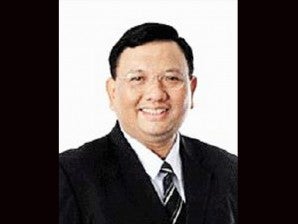 Almendras will move to the Office of the President as the secretary to the Cabinet, but with a Cabinet rank, confirming an earlier story by the Philippine Daily Inquirer.

“Governor Petilla is the incoming Secretary of Energy. I haven’t signed his papers (yet),” said the President, who announced this minor Cabinet revamp during a briefing with the Philippine media delegation here Thursday.

He said that Petilla, a third-term governor, had asked to “finish certain commitments in the province of Leyte,” so he could not assume his Cabinet post just yet.

Explaining Almendras’ new assignment under the two-year-old Aquino Cabinet, Aquino said this was akin to the post “previously occupied by Ping de Jesus during my mother’s incumbency.”

It was Secretary Ricardo Saludo who last held the post during the Arroyo presidency.

According to the President, Almendras should hold a Cabinet rank because he would be dealing with Cabinet members.

“Well, Secretary Almendras has been doing, perhaps, not even half, more than half already of that new role (Cabinet secretary) in addition to his function as Secretary of Energy,” said Aquino.

The Presidential Management Staff (PMS) chief, Julia Abad, will remain at her post, said the President.

Abad was earlier reported to be quitting her post to relocate to Washington with her British husband and their baby daughter.

But Aquino found out that she was already well-adjusted to her dual role as a public servant and first-time mother, thus no need for her to leave the official family of President Aquino.

“Julia, I understand, has a new child. She has already adopted a routine and is capable of retaining her job. She can accommodate being a new mother and attending to her functions as PMS Head. Probably, some of the load would also be transferred to Secretary Almendras,” said Aquino.

PMS is the workhorse of the Office of the President.

Putting an end to further speculations on changes in his Cabinet, the President said:

“That’s it. Unless someone resigns that I won’t allow, or someone one will elope,” he said, noting that he was the only bachelor in the Cabinet.

Petilla had already accepted his invitation to join his administration, said the President, but added that it was up to Petilla when to quit his elective post.

Asked about Petilla’s qualifications, the President said that they both shared the same “ideology” and perspective of many things.

“In the private sector he had started out and ran various companies. Among them are the BPO (Business Process Outsourcing) companies,” said Aquino, pointing out that he needed “somebody who’s astute also with the aspect of finance.”