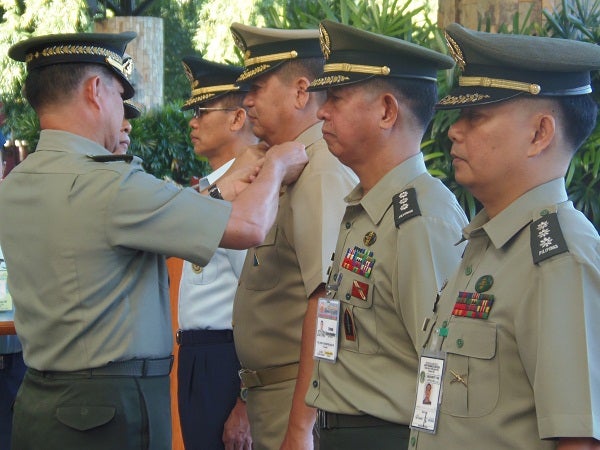 MANILA, Philippines – The Armed Forces of the Philippines on Monday announced its latest batch of 23 newly promoted senior officers, as approved by the President and Commander-in-Chief Benigno Aquino III.

Commander of Central Command Rear Admiral Jose Luis Alano was promoted to Vice Admiral effective October 5. He was previously the Commander of the Philippine Fleet before he was moved to Centcom, which holds jurisdiction over Visayas region.

The new Brigadier Generals were BGen Alexander F Balutan, Commander of the 1st Marine Brigade and a recipient of The Outstanding Philippine Soldier, effective September 26.

“Their promotion is a fitting recognition of their valuable service to the military organization and the Filipino people. The stars on their shoulders were entrusted with high expectations and responsibilities that come as they embrace bigger roles in the AFP. I hope that they will continue with the excellent and dedicated work they rendered in the military and to the Filipino people,” AFP chief General Jessie Dellosa said.