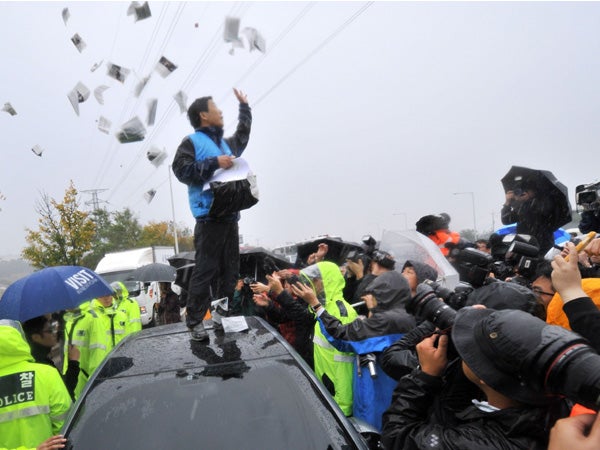 North Korea said last week it would strike if South Korean activists carried out their plan to fly balloons carrying anti-Pyongyang leaflets across the border. South Korea pledged to retaliate if it was attacked.

South Korean police say they mobilized hundreds of officers Monday to seal off roads to prevent activists and other people from entering a launch site near the border. The action to halt the leaflet release is unusual; the government had only implored them to stop their campaign, citing freedom of speech.

Activist Park Sang-hak said the measure was tantamount to yielding to Pyongyang’s threat.

Local officials said they have asked residents near the border to evacuate.