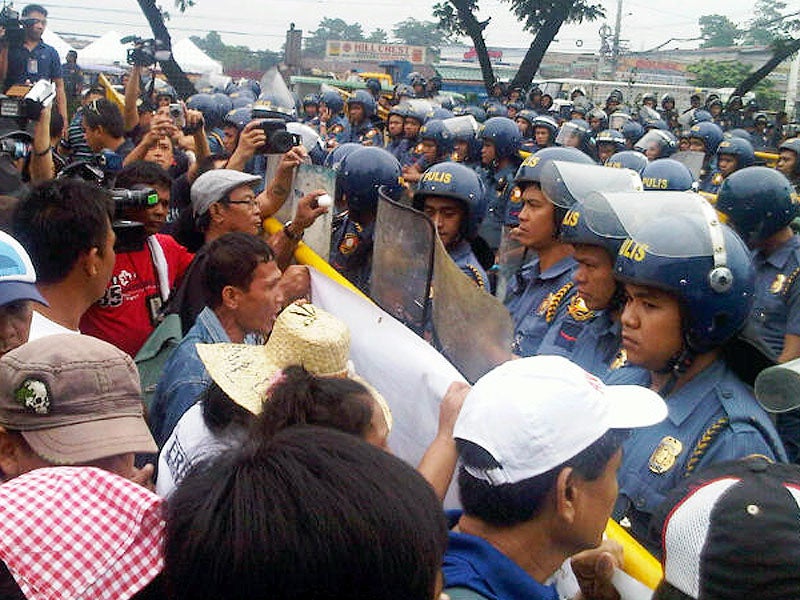 EYEBALL TO EYEBALL. Protesting farmers are stopped from crossing the police line along Commonwealth Avenue in Quezon City on Monday, July 25, 2011. The farmers want President Benigno Aquino III to order the distribution of the disputed Hacienda Luisita land, which his family from his mother’s side, the Cojuangcos, own. KATE EVANGELISTA/INQUIRER.net

MANILA, Philippines – A small group of protesters attempted to cross the police line along Commonwealth Avenue in Quezon City.

The group was not allowed to go beyond the police barricade. They then began their program which they dubbed as the People’s State of the Nation.