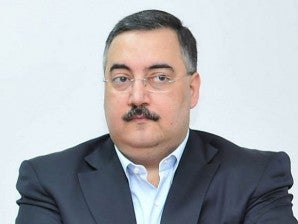 BEIRUT— A powerful car bomb in Beirut killed a senior official linked to the anti-Damascus camp in Lebanon on Friday, officials said, further raising tensions over the war in the neighbouring country.

The rush-hour bombing in a busy square of the predominantly Christian district of Ashrafieh killed at least two other people and wounded 96, Health Minister Ali Hassan Khalil told reporters at the scene.

A government official said the intelligence chief of Lebanon’s Internal Security Forces, General Wissam al-Hassan, was among the dead.

Hassan was close to Saad Hariri, who is leader of the Lebanese opposition and hostile to the regime in Syria. He had been tipped to take over as ISF head at the end of this year.

The ISF played a central role in the arrest in August of former Lebanese information minister Michel Samaha, who has close links to Damascus and was charged with planning attacks in Lebanon and transporting explosives.

The agency was also deeply involved in seeking the arrest of those responsible for a host of attacks and assassinations between 2005 and 2008, starting with the murder of former premier Rafiq Hariri.

Friday’s blast occurred only 200 metres (yards) from the headquarters of the Christian party, the Phalange, which is also anti-Damascus.

No one claimed responsibility for the bombing, but Phalange MP Nadim Gemayel quickly accused Syria of orchestrating it.

“The Syrian regime is not foreign to such explosions. This is a political blast par excellence,” Gemayel told LBC television. “This regime, which is crumbling, is trying to export its conflict to Lebanon.”

Syrian Information Minister Omran al-Zohbi, meanwhile, condemned what he called a “terrorist, cowardly” attack, saying such incidents “are unjustifiable wherever they occur.”

The incident has touched off painful memories of Lebanon’s 1975-1990 civil war and the political unrest that has troubled post-war years, much of it linked to Syrian influence in the country.

It occurred in a busy square of Ashrafieh as pupils were leaving schools and bank employees headed home.

State prosecutor Hatem Madi said the car “was blown off dozens of metres (yards)” from where it was parked on a street off Sassine Square. Bomb experts told AFP the car was packed with 30 kilogrammes (66 pounds) of explosives.

Mangled remains of the car sat atop another vehicle amid a sea of devastation, broken glass and rubble.

Two apartment blocs were gutted, with balconies torn off by the force of the blast. Windows were shattered, cars below crushed by falling masonry and shreds of what used to be curtains dangled from upper storeys.

Firemen rushed to put out flames and Red Cross workers braved the blaze in one building to evacuate bloodied casualties.

“We heard a powerful explosion. The earth shook under our feet,” said Roland, 19, among a large crowd of army, rescue workers and onlookers.

Nancy, aged 45, was in tears as she reflected on having narrowly escaped death. “Had we not been out of the house buying medicines, we would have died,” she said. “Our house was burned. Thank God we’re alive.

“This attack is a message to Christians and to all Lebanese, to tell us nobody is safe in this country,” said Nancy. “Who knows what will happen in future?”

A rescue worker, identifying himself as Rahmeh, said “this reminds me of attacks during the civil war and after the war.”

Interior Minister Marwan Sharbel was also at the scene of the first car bombing in Beirut since January 25, 2008, when Lebanon’s top anti-terrorism investigator was slain along with three other people.

The most high-profile car bombing since the civil war took place on February 14, 2005 when a massive blast killed Saad Hariri’s father, Rafiq Hariri, and 22 other people as his motorcade drove along the waterfront.

At the time, Lebanon was occupied by Syrian troops, who had entered the country during the civil war, and its politics were dominated by Damascus.

No one has ever been tried for the assassination, but a UN-backed tribunal has indicted four members of the Shiite Muslim group Hezbollah, which now dominates the Lebanese government and is allied to Damascus.

The four are still at large.