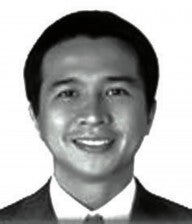 SHERWIN N. TUGNA On 1st term as party-list representative for Cibac; obtained his commerce degree from University of Santo Tomas and doctor of laws from Ateneo. Will handle Articles 3 and 6

MANILA, Philippines – Citizen’s Battle Against Corruption (Cibac) Party-list denied allegations that it was being used as a front of the religious group Jesus is Lord (JIL) Church.

“We categorically deny that we are linked with a religious group,” Cibac Partylist Representative Sherwin Tugna said during an interview on Radyo Inquirer 990AM Thursday.

A petition has been filed with the Commission on Elections (Comelec) last August 31 by Milagros Amores and Jessy Valenzuela, asking the poll body to disqualify Cibac saying, “All of their nominees are members of the JIL or a relative of a member, who represent the interests of JIL and used Cibac as a religious front for the church in order to justify their scheme aimed at politization of religion.”

Tugna said that they have submitted before the Comelec their evidence showing they have their own organization and advocacy.

He said the Comelec commissioners directly asked them this matter during the hearing and they have categorically denied having links with the religious group.

For more information, listen to the full interview on Radyo Inquirer 990AM.