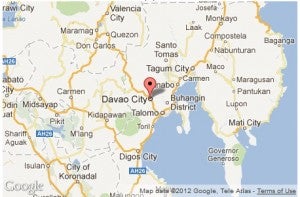 DAVAO CITY, Philippines — The political rivalry between the Bautista and the Cagas clans in Davao del Sur is pushing the Commission on Elections  to place the area under its control in connection with next year’s midterm elections.

Marlon Casquejo, Comelec assistant regional director, said that if this happens, Davao del Sur would become the only Southern Mindanao province to be placed under the election watchdog body’s control.

Other Southern Mindanao provinces, he said, could become tension-free as candidates for many major positions were unopposed.

Casquejo said in 2010, the province was also placed under the Comelec’s control because of violence involving the two clans and their supporters. This included the deaths in 2007 of Malita mayoralty bet Isidro Sarmiento and his son, Danilo, who was then running for the provincial board, allegedly by bodyguards of then gubernatorial candidate and former representative Claude Bautista.

This time, Casquejo said, the local Comelec office wants to place the province under Comelec control anew because of intense rivalry between the Bautistas and the Cagases.

Claude is running in the gubernatorial race against Rep. Marc Douglas Cagas, son of his political nemesis and incumbent Gov. Douglas Cagas.

Governor Cagas is pitted against Bautista ally and incumbent Digos City Mayor Joseph Peñas for the mayoral race, while his wife, Mercedes is in the congressional race for the first district against another Bautista ally, Vice Gov. Arsenio Latasa.

Casquejo said the Comelec regional office was soliciting security assessments and recommendations from the police and the military, in support of the request now pending with Comelec en banc, to have Davao del Sur placed under Comelec control.

(With reports from Ayan Mellejor and Judy Quiros, Inquirer Mindanao)