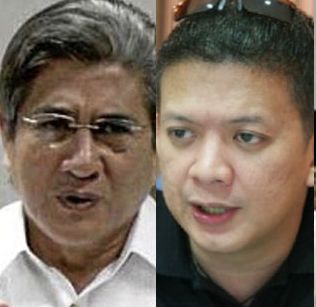 Even with three senators and a host of congressmen from the Bicol region, lawmakers see nothing wrong with additional representation from a party-list group like the discredited Ako Bicol.

Senators Gregorio Honasan and Francis Escudero on Thursday expressed disappointment  at the decision of the Commission on Elections (Comelec) to disqualify Ako Bicol, the topnotcher in the 2010 party-list balloting.

“Based on what I know, historical records including the electoral record of Ako Bicol, it represents an unrepresented sector … whether marginalized or not from Bicol. Are we questioning the wisdom of the Bicolanos that put three party-list representatives [in Congress]?” Honasan told the Philippine Daily Inquirer.

“I’m not questioning the judgment call of the Comelec. I’m just saying that it should be driven by some modicum of consistency,” he added.

Ako Bicol topped the 2010 elections with more than 1.5 million votes, 1.1 million of which came from the Bicol provinces.  Ako Bicol has three representatives in the House—Rodel Batocabe, Christopher Co and Alfredo Garbin Jr.

“I am disappointed with the decision.  But I’m sure that Ako Bicol will appeal the decision of the Comelec. I am hopeful that the Supreme Court will issue a favorable ruling [for Ako Bicol],” Escudero said in a text message.

Asked why Bicolanos should further be represented by a party-list group when they already have their district congressmen in the House, Escudero said, “Why not, like An Waray?”

Escudero pointed out the case of An Waray, a party-list group that represents the Waray of Eastern Samar.  It is now represented in Congress by Representatives Florencio Noel and Neil Benedict Motejo.

“You can say the same for every ethnic group if you study the present representation more carefully.  How many are party-list groups camouflaging under various names actually represent ethnic groups, sectoral groups that are within the region?” Honasan said when told of the congressmen already representing the Bicolano districts.

Aside from Honasan and Escudero of Sorsogon, the other senator who has roots in the Bicol region is Joker Arroyo of Camarines Sur. The  region is one of the vote-rich areas in the country.

In its decision to disqualify Ako Bicol, the Comelec said  Bicolanos were already well represented in Congress.

“If the commission were to allow Ako Bicol’s continued participation in the party-list system, this commission is condoning the continued and blatant violation of the proportional representation of  provinces, cities and Metropolitan Manila in accordance with the number of their inhabitants, and on the basis of a uniform and progressive ratio,” the Comelec said.

In an interview Thursday, Comelec Chairman Sixto Brillantes Jr. said that the decision to drop Ako Bicol was based on the “strict interpretation” of the Party-list System Act.

Brillantes said what happened during the previous en banc deliberations, which accredited Ako Bicol, was not the concern of his commission.

“We don’t want to go back to the past,” he said. “We are trying to implement in the best possible way the party-list law.”

Batocabe in a news forum yesterday warned that if the Comelec could unseat the biggest vote-getting party, other party-list groups with fewer representatives in Congress could be under threat as well.

Cibac Rep. Sherwin Tugna said the poll body’s decision did not necessarily endanger the status of other party-list groups.

“My point is, there is nothing to fear because each party-list group’s qualification/disqualification will be decided according to their background and factual circumstances,” Tugna said in a text message, adding that each decision on a party-list group will be based on  evidence and the party-list law.

In the case of Ako Bicol, he noted that the Comelec had ruled that since it was a regional political party in Bicol, it duplicated the work of geographical lawmakers.

Tugna also said that with the Comelec’s latest ruling, the poll body was being stricter and narrower when it comes to defining the marginalized sectors and advocacies.

Bagong Henerasyon Rep. Bernadette Herrera-Dy, in the same forum, said she was encouraging Ako Bicol to contest the Comelec ruling in the Supreme Court.

“At this point, you don’t know who will qualify to run in the 2013 elections. All you can do is stand by the fact that you are serving and representing a sector, and you are serving well in government and using public funds properly for the benefit of the sector you represent,” she said.

Bayan Muna Rep. Neri Colmenares said party-list lawmakers should recognize the need to reform the system to weed out the rich and powerful from the representatives of the truly marginalized.

Garbin scored the Comelec for its “double standard” in implementing its rules on who were eligible to represent party-list groups.

“If we were disqualified based on our financial status and as a lawyer, how come the Comelec just proclaimed a party-list nominee Wesly Gatchalian who comes from the Gatchalian clan of Alay Buhay. It seems there’s a double standard here on the application of rules,” Garbin said in a phone interview.

“Almost all party-list groups will be affected, even Neri Colmenares who is also a lawyer may be disqualified if we will follow the grounds relied upon by the Comelec,” Garbin said.

Aside from the double standard, Garbin also questioned the “flip-flopping” of four Comelec commissioners who upheld Ako Bicol’s eligibility twice in the previous election only to consider it ineligible for 2013.

“Our track record and the voluminous documents that we submitted were totally ignored and disregarded,” said Garbin. With reports from Tina G. Santos, Leila B. Salaverria and Gil C. Cabacungan