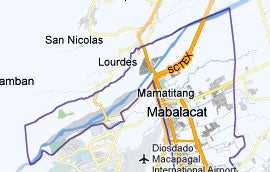 CITY OF SAN FERNANDO, Philippines—Three children rummaging for garbage broke into the provincial engineer’s office building at the capitol grounds here on Tuesday morning, taking away an undetermined number of ballot boxes, 39 of which were recovered by residents, police said.

The ballot boxes were marked with the names of villages in Mabalacat and contained what remained of tally sheets and ballots cast in the 2007 elections that were burned in a fire in June 2007 that gutted s stock room at the back of the Mabalacat town hall. At least 164 of 399 ballot boxes containing election documents were burned in that fire.

Losing gubernatorial candidate Lilia Pineda and her ally, the late Anthony Dee, who lost to Mayor Marino Morales in the Mabalacat mayoral race, had contested the results contained in the documents inside the ballot boxes. Pineda, now the governor of Pampanga, lost to Catholic priest Eddie Panlilio in that race.

The Mabalacat votes, however, were excluded in the recount sought by Pineda against Panlilio.

A police task force that investigated the fire identified Morales as a “probable principal suspect,” but the mayor denied involvement in the incident.

Tricycle driver Christopher Sembrano, 28, said he and his sister-in-law, Bernarda, were on their way to the public market at 2:30 a.m. Tuesday when they saw the children carrying the ballot boxes.

“They put them behind these patches of banana plants,” Sembrano told the Inquirer.

Dionisio Polintan, who owns the lot, alerted the Inquirer to the incident because he feared being implicated in the burglary.

None of the children was arrested.

Police have yet to determine how many ballot boxes were stolen from the provincial engineer’s office.