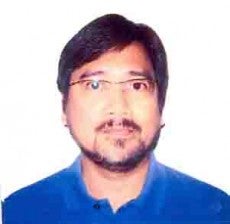 MANILA, Philippines—Described as a good mix of President Benigno Aquino’s ardent supporters and harsh critics, the United Nationalist Alliance’s senatorial lineup is expected to pursue his administration’s reform agenda “more competently” than his allies, the coalition’s spokesperson told the Inquirer on Saturday.

Lawyer JV Bautista, an UNA official, said its slate was formed to provide voters with alternatives to Aquino’s partymates and partners in the Liberal Party coalition when they proceed to the polls to choose their senators in the 2013 elections.

“It’s a strong lineup. The candidates are doing very well in the surveys, most of them anyway,” Bautista told the Inquirer in a telephone interview. “It’s a well chosen lineup considering the track record and the performance in public life if not in public office. They have no history or record of graft and corruption.”

Bautista said the slate was multi-faceted as there were those who were  “strongly committed” to the Aquino government while others “are somehow also critical but we’d like to believe constructively of the present administration.”

“It’s some sort of a rainbow,” Bautista said, bringing back memories of the rainbow coalition of most political parties formed by former Speaker Jose De Venecia in the House of Representatives in the 1990’s.

“Nobody has a monopoly on patriotism and tuwid na daan,” Bautista said, referring to the Aquino administration and the LP’s platform of good governance.

Common candidates Legarda, Escudero and Llamanzares were chosen, according to Bautista, because of their long association with UNA’s core leaders—Vice President Jejomar Binay of PDP-Laban and former President Joseph Estrada of the Pwersa ng Masang Pilipino—in the struggle against the regime of former President Gloria Macapagal-Arroyo.

Bautista, nonetheless, stressed that the three were already on the UNA lineup before the LP coalition wooed them to be on its side.

He said that in Legarda’s case, it was only after UNA announced that she had been drafted that  President Aquino invited her to join the LP coalition.

The LP is in coalition with the Nacionalista Party, the National Unity Party and Nationalist People’s Coalition, of which Legarda is a part.