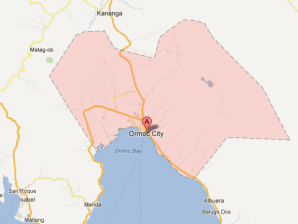 ORMOC CITY, Philippines—A five-year-old child died barely three hours after he was bitten in his right hand by a venomous snake at their house here past 1 p.m. Tuesday.

The child identified as TJ Laurente, of Barangay (village) Valencia, Ormoc City, was alone in their house when he was bitten by the snake. It was not until his parents, Vincent and Edna Laurente, returned home at 2 p.m., when they noticed he was injured and they rushed him to the Valencia Health Center.

But the Laurente couple were advised to bring their son to the Ormoc District Hospital, which was 15 minutes away from the barangay (village).

Upon arrival at the hospital, the father was told to get an anti-venom medicine from the Ormoc City Health Office.  Upon getting there, Vincent was accompanied by the health office staff to the Ormoc Sugar Planters Association-Farmers Medical Center where the city’s anti-venom supply was kept.

The boy, who was still at the emergency room, received a dose of anti-venom at around 3 p.m., but he died a few minutes later.

Dr. Nelita Navales, Ormoc City health officer, said they believed that the child was bitten by a Philippine cobra.

Navales explained that the Philippine cobra could be found in many parts in the Visayas, including Leyte.

The Philippine cobra is the country’s most poisonous snake and it could live in open fields, human settlements and dense jungle.