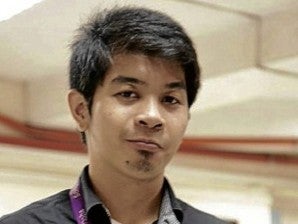 MANILA, Philippines—The sons of two high-ranking officials of the National Bureau of Investigation were among the 36 charged in connection with the death of a San Beda student, Marc Andre Marcos, in hazing rites in August,  the bureau’s top official said.

Violation of the anti-hazing law is a non-bailable case.

Rojas added that the Witness Protection Security and Benefits Program Office (WPSBP) of the Department of Justice has started the process of taking in one of the fraternity members who participated in the rites as a state witness.

The NBI chief said that in total, 36 members of the Lex Leonum Fraternitas of the San Beda College of Law in Manila and Alabang were charged with the violation of the anti-hazing law before the Dasmariñas,  Cavite Prosecutors Office.

Others charged were identified by their known aliases Ton-Ton, Fidel, E.R. and Paulo.

In the charge sheet, Marcos sustained extensive traumatic injuries at the lower and upper extremities due to hazing on July 29, 2012, at the Veluz Farm located at Sitio Bisaya, Amuntay Road, Barangay Zone III, Dasmariñas City, Cavite.

Based on investigation by the NBI records, the students met on the evening of July 28, 2012 in a bar in Las Piñas and discussed their activities.

The records said, the participants then proceeded to an apartment in Las Pinas where they stayed  for the night.

The NBI said that in the morning of July 29, the neophytes were blindfolded and brought to the Veluz Farm in Cavite and the rites started at exactly 12 noon.

The witness tapped by the NBI said he acted as the “guide” of Marcos during the ceremony.

In his sworn statement to the NBI, the witness said the victim went through four stages of hazing rites, which lasted for at least two hours.

In one stage, Marcos was asked to spell out the fraternity’s name. Every time he said a letter, the back of his thighs were hit with a paddle.

The witness said that after being hit 10 times, the victim was already gasping for breath.

He added that Marcos, a law freshman, was also quizzed on various topics related to his course. Every time he came up with the wrong answer, he was hit with a paddle.

Marcos was able to answer correctly only one of the 10 questions directed at him, the witness said.

He narrated that at one point during the initiation, Marcos lost his balance and fell to the floor. He lost consciousness but before he did, he said he was already feeling sleepy.