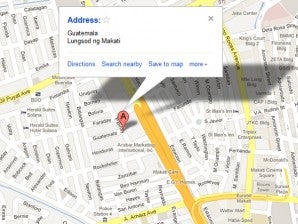 MANILA, Philippines – Violence erupted on Monday in an ongoing attempt of the Makati City government to dismantle houses along Guatemala Street, leaving six policemen and one mediaman injured.

The demolition teams hired by the city engineering office called “blueboys” tried to enter the barricaded street but bottles, rocks and human wastes thrown at them drove them to retreat and ran away.

Water cannons were fired in the government’s attempt to disperse the resisting residents but the fire trucks had to go back as settlers continued to throw more rocks and bottles.

Among those who suffered wounds and bruises were six policemen from Makati police and Southern Police District, and a cameraman of RPN9, Gerardo Sabatera.

The clash between residents and the authorities began around 11am.

The clearing operation was put to a halt momentarily but the policemen and clearing teams were set to regroup later, said Supt Jaime Santos, acting Makati police chief.