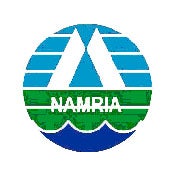 TAGAYTAY CITY, Philippines — The new official government map showing the South China Sea being renamed as the West Philippine Sea could be out in two weeks’ time, the National Mapping and Resource Information Authority (Namria) said on Tuesday.

John Fabic, Namria Information Management Department director, said the map would also show the extent of the country’s maritime borders based on its 200-nautical-mile exclusive economic zone (ECZ) under the United Nations (UN) Convention on the Law of the Sea.

“We’ve seen the first draft. There’s a new appellation for that area. It could be out in two weeks,” Fabic said at a National Disaster Risk Reduction and Management Council conference.

Fabic said the initial draft has been submitted to Malacañang for review.

To demarcate the nation’s territory, Namria map experts also established the baseline around country for its exclusive economic zone.

The map clearly shows that the Kalayaan islands (the portion of the disputed Spratly islands claimed by the Philippines) and Panatag shoal are well within the country’s ECZ, according to Fabic.

However, he declined to say if the islets, shoals, and reefs claimed by the Philippines were also renamed.

“We’ve seen the template but we also have to recall the old maps this would replace,” Fabic said.

“Let’s wait for the announcement from the DFA (Department of Foreign Affairs) and Malacañang,” Fabic said.

Aquino said the government would deposit a copy of the map and his order with the UN secretary general and notify relevant international organizations like the International Hydrographic Organization and the UN Conference on the Standardization of Geographical Names.