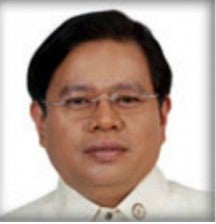 A week after accusing former Interior Undersecretary Rico E. Puno and Police Director Nicanor Bartolome of gun smuggling and tolerating the alleged rigged bidding of police firearms, Agham party-list Rep. Angelo Palmones  admitted under probing questions from a former broadcasting colleague that he had lost his only source to prove his charges.

In an interview over dzMM, veteran broadcaster Noli de Castro   asked Palmones why he and  Antipolo Rep. Romeo Acop did not pursue their  probe into the arms contract and challenged the Bureau of Customs to search their warehouses for the smuggled guns after Palmones had claimed his “inside sources were unimpeachable.”

“The collector who gave us the information cannot be contacted anymore because the number has been changed.  But we are pursuing the  investigation Kabayan and rest assured that these kinds of smuggling activities are part of the things being focused on by Congress,” said Palmones, a former station manager of dzMM before he joined Congress to represent scientists.

Palmones said that he had asked the complainants in the bidding to bring their case to the proper forum—the courts—to which De Castro asked: “Why didn’t you tell them immediately to just file charges and do not go on with a hearing?”

Palmones and Acop filed a joint resolution last Wednesday asking the House to look into the PNP’s procurement of nearly 60,000 Glock 17 Generation 4 pistols worth P1 billion.

Palmones was quoted in a newspaper as saying that the US Department of State and the government of Austria were investigating the shipment of Glock pistols to the Philippines, including 28,000 units that arrived in Manila on Sept. 4 without proper authorization.

“We may have a case here of gun smuggling that is authorized and legitimized by the Philippine government because Trust Trade and Glock Asia Pacific could not have imported the pistols without the purchase order and authority to import signed by Philippine authorities, yet the 28,000 handguns were already here,” said Palmones, who was quick to blame Puno and Bartolome for not doing “serious due diligence” on the Glock importer despite being apprised of the alleged probe.