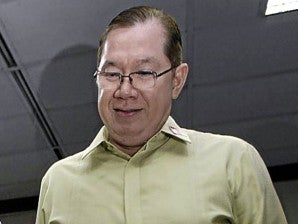 The Department of Health (DOH) has failed to contain the spread of the dengue virus with the number of cases in the first month of the year already breaching the DOH’s projection of 80,000 dengue cases for the entire year.

Based on the Dengue Surveillance Report, 80,745 Filipinos have been afflicted by the dengue virus from January 1 to August 18.

DOH spokesperson Dr. Eric Tayag had earlier said they were looking to limit the number of dengue cases for 2012 to 80,000.

The number of dengue cases from January to August 2012 is 14.14 percent higher compared to the 70,745 cases recorded in same period last year.

Deaths from dengue also continue to rise from 424 last year to 496 this year.

Most of the dengue cases reported were in the National Capital Region (NCR) with 16,087, followed by Central Luzon with 12,401 and Calabarzon with 11,839.

More than half of dengue victims were male, said the report. About 40 percent of the dengue cases involved children aged between 1 to 10 years old, the DOH said.