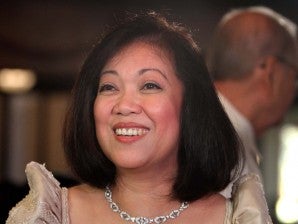 MANILA, Philippines—After two days of delay, the Supreme Court, late Thursday night released a copy of the 2011 statement of assets, liabilities and net worth (SALN) of Chief Justice Maria Lourdes Sereno, which turned out to be the “uncorrected version” as stated by the Office of the Chief Justice in a statement issued Friday morning.

On Tuesday, Sereno had agreed to release in full her SALN without any conditions. The high court’s Public Information Office said that apart from the SALN, the Chief Justice will also issue a statement. Late Tuesday, the SC-PIO said the release of the SALN and the statement will be deferred to Wednesday. Come Wednesday, the SC PIO informed the media that the release of the SALN of the Chief Justice will be on Thursday.

At the time, a television network, Solar News TV reported that the high court approved their request for a copy of the SALN of the Justices. In their report, Sereno’s net worth is P18,029,575 based on the SALN copy provided by the Supreme Courts’s Office of the Clerk of Court. However, the SALN provided by the SC PIO to the media showed that Sereno’s net worth is only P17, 985, 375.51.

In her statement, Sereno said “the correction of the SALNs of the Members of the Court has been authorized by the Court En Banc. The correct version is the one released by the Clerk of Court.”

Meanwhile, Sereno, in a separate statement said she has already indicated in her SALN the amount she earned from the legal fees paid by the government to her in connection with cases involving the Ninoy Aquino International Airport Terminal 3.