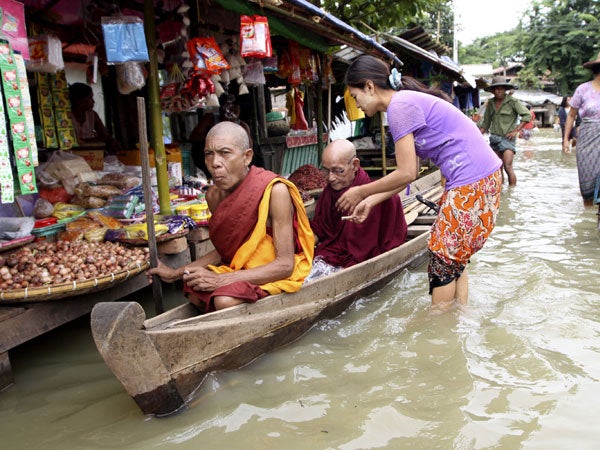 YANGON, Myanmar—Authorities in Myanmar say 85,000 people have fled their homes after the worst flooding in years submerged hundreds of thousands of hectares of rice fields.

Soe Tun said Saturday that 70,000 people had fled their homes in the delta and were being housed at 219 emergency relief centers that have been set up at schools and monasteries.

He said another 15,000 people are displaced elsewhere in the country.

The delta region was devastated in 2008 by Cyclone Nargis, which killed about 130,000 people.

Soe Tun said no casualties have been confirmed during this month’s flooding.