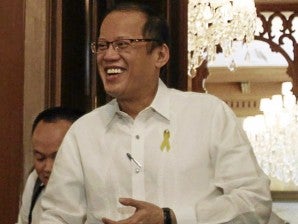 MANILA, Philippines—President Benigno Aquino has signed into law a key legislation mandating public and private institutions to protect the confidentiality of all personal data that they might gather.

Republic Act 10173, titled An Act Protecting Individual Personal Information in Information and Communications Systems in the Government and the Private Sector, is seen to boost investments in the country’s IT industry.

The next day, Aquino also enacted Republic Act 10171 establishing the people’s survival fund to provide long-term finance streams and enable the government to address climate change. The government is allotting P1 billion for its implementation each year. Its enactment was earlier announced by Senator Loren Legarda.

RA 10173 mandates government and private entities to protect and preserve the integrity, security and confidentiality of personal data collected in their operations, in compliance with international data security standards.

It was largely based on a directive of the European Parliament and Council and was at par with the Asia Pacific Economic Cooperation (APEC) Information Privacy Framework standards, according to its sponsors in Congress.

Valte earlier said that the proposed law incorporated safeguards to protect press freedom after media organizations warned that this could be used to penalize journalists for any breach of confidentiality.

Senator Edgardo Angara, one of the Senate bill’s sponsors, said the bicameral conference committee had clarified any ambiguity in the bill that could be used to muzzle media practitioners.

The law creates the National Privacy Commission which will monitor and ensure compliance with international standards for data protection.

It penalizes unauthorized processing of personal information with one year to three years’ imprisonment, and a fine of not less than P500,000 and not more than P2 million.

It imposes a higher penalty of three to six years’ imprisonment, and fine not less than P500,000 and nore than P4 million on the unauthorized processing of personal sensitive information.

In essence, the commission is mandated to enforce “policies that balance the right of the private person to privacy with the need to speed up the utilization of the Internet,” Angara had said.

“By establishing such a policy framework, we actually protect Internet freedoms while making sure the web remains safe. In this way, we reduce the risk for true harm to be inflicted and heighten the opportunity for our digital space to be a truly productive and collaborative venue,” Angara earlier said.

“The signing of this law indicates the strong commitment of President Aquino to rebuild and prepare the country for more contingencies from the worsening weather patterns and those from climate change,” said  Elpidio Peria, convenor of the CSO network Aksyon Klima Pilipinas.

The law in effect amends the Climate Change Act of 2009 by establishing a smart fund with an initial P1 billion per year. The fund can be tapped directly by local government units and communities to support their initiatives to adapt to climate change and reduce disaster risks.

“We trust that the Department of Finance will work with the Climate Change Commission to ensure that the law becomes operational at the soonest possible time. Aksyon Klima is willing to help out in any way we can to make this happen, as our communities cannot afford to wait,” said Peria.