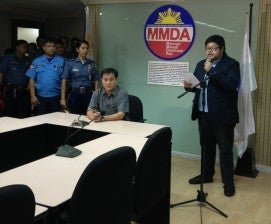 MANILA, Philippines–Infamous motorist Robert Blair Carabuena issued a public apology Thursday morning at the Metropolitan Manila Development Authority (MMDA) for his attack against one of their traffic aides.

He read his public apology for the mauling of MMDA traffic aide Saturnino Fabros in a press conference.

MMDA Chairman Francis Tolentino accepted the apology but said that Carabuena would still have to face the appropriate legal sanctions.

Tolentino said that Carabuena will be brought to the prosecutor’s office after he issued the apology.

Carabuena gained fame after he was caught on video hitting Fabros when he was pulled over by the traffic enforcer in Quezon city. The video became viral and brought widespread condemnation from netizens. 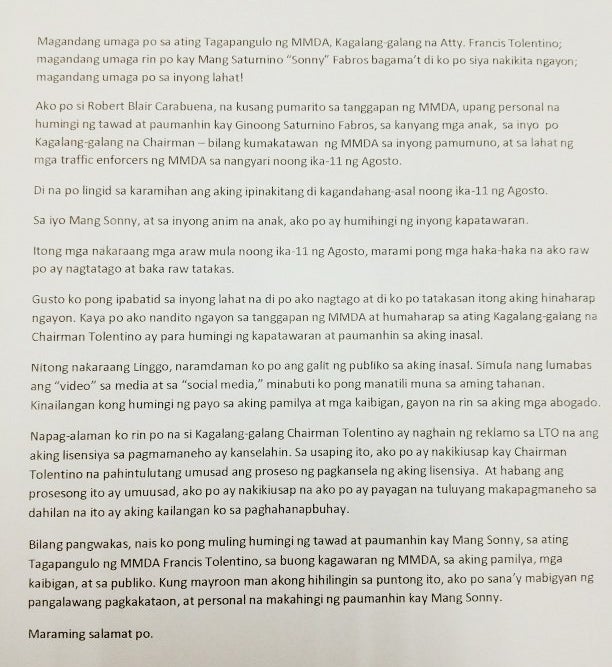 Copy of the public apology given by Robert Blair Carabuena this morning at MMDA Office. SOURCE: MMDA Facebook Account