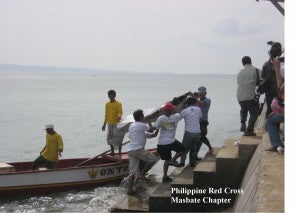 “Why use a small plane like that to travel at night?  It is a no-no,” Enrile said.

“I do not know his advisers in the Department of the Interior and Local Government but when I was in the Cabinet and I had to travel at night, I have to make sure the plane was adequate for travel and small airplanes traveling over bodies of water is inadvisable,” said Enrile who served as defense minister for more than 10 years during the Marcos regime.

DOTC Secretary Manuel Roxas II said Robredo’s aide who survived the crash mentioned that the engine trouble occurred 30 minutes after take off from Cebu and that the party was only about 500 meters from the Masbate runway when they hit water.