4 knifed to death in Bulacan robbery 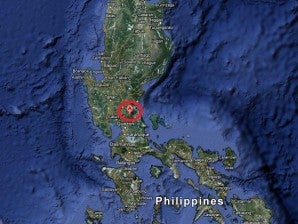 The fatalities were identified as Rodrigo Roque, 77, his daughter Cristina Roque Santa Ana, 42, and her two children Corine Joy Santa Ana, 12, and Christian Santa Ana, 10, according to Chief Inspector Alfonso Cruz of the Balagtas police.

At least three men were believed to have perpetrated the crime, Cruz said.

Recovered from the scene were a kitchen knife that was at least six inches long and bent, a screw driver, and a pipe.

Police said that the motive for the crime was robbery as the money inside a vault was missing. Roque, a rice miller, was said to have withdrawn P280,000 earlier in the day. He had also paid around P145,000 for unmilled rice during the day and his son had remitted P80,000 from sales that night.

The vault and the house had not shown any signs of being forced, Cruz said. Roque could have been forced by the robbers to open the vault since he was the only one who knew the combination before he was knifed to death, the police chief added.

The incident could have happened around 1 a.m. Thursday.

Three workers in the rice mill were invited for questioning.