CBCP decries use of ‘naked power’ to ‘railroad’ RH bill 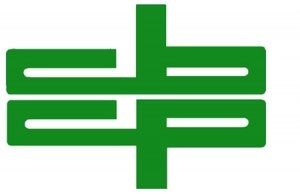 The Catholic Bishops’ Conference of the Philippines (CBCP) decried on Tuesday last week’s surprise viva voce vote to end debates in the House of Representatives on the reproductive health (RH) bill, comparing it to the blitzkrieg fashion 188 congressmen impeached Chief Justice Renato Corona in December.

As floods from the torrential rains from last week subsided in Metro Manila and communities returned to normal, the pro- and anti-RH groups geared up for battle again.

The leadership of the CBCP, which declined to comment on the bill last week to focus on helping the flood victims, blasted the Aquino administration and its allies for ending the debates on the bill on Aug. 6, instead of Aug. 7, the original schedule of the vote.

“Unfortunately, in a move remarkable in its stealth and swiftness, the ruling group of the House of Representatives, on the Aug. 6, 2012, managed to force a vote that terminated the period of debates on the RH Bill,” the CBCP said in a statement.

“It came a full day too soon, just when no one was looking,” it added.

“We are dismayed by the display of naked power. We lament the unilateral disregard of prior agreement in the pursuit of selfish goals. We detest the unbridled resort to foul tactics,” the CBCP said.

It also called pro-RH bill legislators “schemers” and described Mr. Aquino as an “intrusive” President for pushing passage of the bill.  The CBCP said Aquino’s hand was clearly at the House, given the haste at which the bill was deliberated.

CBCP said the tactics used by the administration was “reminiscent of the events leading to the impeachment proceedings” against Corona, who was later removed.

The reproductive health bill has been languishing at the House for a decade. Last week, the House ended the plenary debates on the proposal. It was the farthest the bill had gone in the country’s legislative process.

The CBCP praised lawmakers who joined the Church in its fight against the bill.

“Their courageous and patriotic acts will be remembered long after the last debate had been waged and the final vote had been cast,” the CBCP said.

The bishops have said that the Church will issue guidelines to voters in the 2013 elections. Bishop Gabriel Reyes of the Episcopal Commission on Family and Life said the Church will include instructions to voters to support lawmakers with pro-life stance in the next polls.

In a forum on Tuesday, CBCP president Jose Palma said the administration’s move to end the discussion on the bill was unfair to millions of women and Catholics who have been opposing the bill.

Palma said there were reports that the administration dangled the pork barrel to lawmakers to gain their support for the bill, which the CBCP has described as anti-life.

Palma warned the administration against dangling the pork barrel to get the votes for the passage of the proposed law. “This is owned by the people,” he said. “It should be given whether you are pro or anti RH bill.”