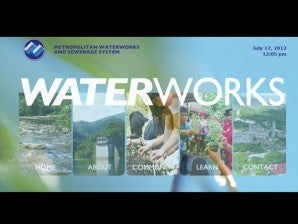 MANILA, Philippines—Employees of the Metropolitan Waterworks and Sewerage System (MWSS) denounce the agency’s officials and consultants for allegedly enjoying the same perks of their predecessors, their leaders told Radyo Inquirer 990 AM early Sunday.

In an interview with anchors Ricky Brozas and Liza Soriano of “Isyu Ng Bayan,” employees through their leaders accused the present set of officials— chairman and members of the Board of Trustees, led by administrator Ramon Alikpala—and more than 400 consultants of violating the new Government Owned and Controlled Corporation (GOCC) law or Republic Act No. 10149 (GOCC Governance Act of 2011).

“Nothing has changed. Despite our President’s directive during his previous Sona (State of the Nation Address) for them to change, the new set of officials with their 36 consultants don’t follow what the new GOCC law requires,” said Nap Quiñones, MWSS Labor Association president.

Quiñones, who has been an employee of MWSS for 28 years, said consultants would hold meetings four times a day, four times a month. He said each consultant is paid an honorarium of eight thousand five hundred pesos (P8,500) per meeting. This amounts to P34,000 a day or about P136,000 a month.

He said what is allowed by the new law is a maximum of four meetings a month, plus one emergency meeting.

“That means what should have been spent per consultant in a month as honoraria is given in a day,” he said.

He said for MWSS directors attending the four-meeting-a-day scheme, each receives a total of P58,000 as allowance besides receiving P14,500 per diem compensation.

What’s worse, he said, is that these officials recently issued a directive reducing the benefits of MWSS rank-and-file employees.

“While Mr. Alikpala and the board of trustees are feasting on their fat allowances, per diem and other benefits, they cut the meal allowance of rank-and-file employees from P150 to P3 a day. That means P1 per meal,” said Quiñones.

He added the employees are one in hoping the MWSS could still be the centerpiece of President Aquino’s ‘straight path’ campaign.

The employees, he said, support the ongoing investigation of MWSS anomalies by the Bagong Henerasyon Party-list on water rate issues.

Reading a statement prepared by MWSS employees, he said, “Finally we denounce very strongly the continuing conspiracies and collusion within the MWSS water rate setting regulation and approval system where advanced collection, over billing and abuses of the helpless and monopolized water consumers are disadvantaged including us, MWSS employees who are also water consumers.”

“An example is where the old Board approved to put in escrow and eventually to refund the proven advanced collections by Maynilad and Manila Water for Laiban Dam and 15CMS Angat Dam Irrigation Water Replacement, however, this was reversed by the new MWSS Management to the detriment of the water consuming public which for whatever reason, we ourselves from MWSS are puzzled,” he said.

Rodolfo Javellana, Jr., president of the Water For All Refund Movement (WARM), a non-government organization, said the public should join in fighting the blatant abuses of MWSS officials. “We can start by putting the word ‘protest’ in each water bill,” he said.

In the same radio segment, Senator Gregorio “Gringo” Honasan in a phone interview said he wants to know the details of the case. He invited Quiñones and Javellana to his office on Monday for a dialogue regarding their accusations against the MWSS officials. Among the Senate committees he heads or serves as co-chair, Honasan is vice-chairperson of the Senate committee on public works and rules.

Radyo Inquirer, anchor Brozas said, has an open invitation to the MWSS officials in question to air their side in next Sunday’s “Isyu ng Bayan.”