Solon to rescuers: Tired of paddling? Try a jet ski 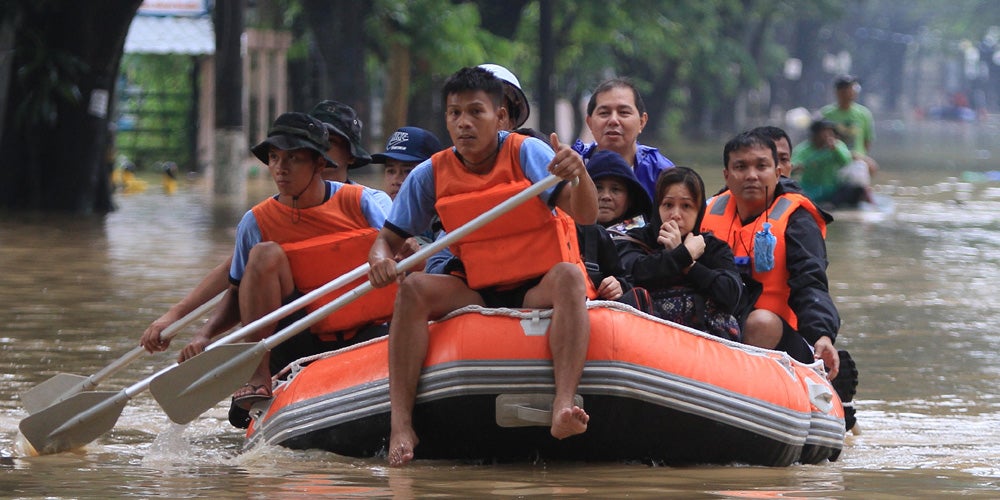 MANILA, Philippines — Having seen how rescuers had difficulty paddling through massive floods and strong currents to reach stranded residents, a lawmaker urged agencies in rescue and relief operations to acquire modern equipment — like a jet ski.

“Due to harsh climate change, we have to get used to, and prepare more aggressively to deal with invasive floods,” said LPG Marketers’ Association (LPG-MA) Partylist Representative Arnel Ty.

The lawmaker called on the Philippine Coast Guard, the Philippine National Police Maritime Group as well as the Philippine Navy to invest in durable motorized inflatable boats, amphibious vehicles and jet skis which were more appropriate for rescue in flood situations.

Local government units as well as villages should check who among their residents own jet skis and other types of watercraft as they “could be mobilized during flood emergencies,” said Ty.

He said that jet skis could easily navigate floodwaters in densely populated areas to rescue stranded residents, assist boats and makeshift floating devices, and deliver relief items to isolated households with speed, having up to 300 horsepower.

Severe flooding in the metropolis has “betrayed the government’s utter lack of resources, including vital tools to ensure the expeditious rescue of stranded residents,” claimed the lawmaker.

An example would be Provident Village in Marikina City where rescuers on Thursday found it difficult to reach stranded residents due to the strong current.

Scenes on television showed rubber boats being carried away by strong currents while trying to negotiate deep floods.

Interior and Local Government Secretary Jesse Robredo recently said how it became difficult for rescuers to maneuver rubber boats through flooded districts. He said that the rubber boats used were not meant to be used in flooded urban areas but were more appropriate for use in the seas.

Four to five of these rubber boats were damaged while being used by rescue teams, Robredo said.

For some hard to reach areas like UERM, only amphibious vehicles could be used to deliver relief items, television reports said.