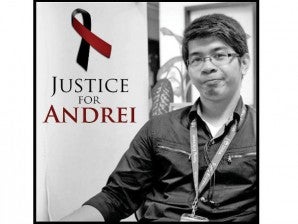 MANILA, Philippines—Marc Andre Marcos, 21, joined a fraternity with the promise of brotherhood and support, but instead died alone and unidentified in a provincial hospital, according to the doctor’s report submitted to the National Bureau of Investigation.

In his medical report, Dr. Paolo Hernandez, the emergency doctor at De La Salle University hospital in Cavite province, said Marcos was brought to the hospital at 10:38 Sunday evening, “with no vital signs.”

“The patient had zero heart rate, respiratory and blood pressure,” the report said.  It added that Marcos had several cardiac arrests in the emergency room.

Cavite NBI head Alvin Rebullada said the doctor’s initial impression of Marcos’ injuries was that these were caused by mauling.

Marcos was declared dead of cardiac arrest at 3:30 Monday afternoon, the doctor said.

According to the medical report, because the patient was unidentified, the police had to be informed of the situation.

Marcos was finally identified by relatives at around 5 p.m. on Monday.

Rebullada said a cousin of Marcos had submitted an affidavit stating that a close friend identified as Cornelio Marcelo of Kamuning, Quezon City, had informed her of Marcos’ recruitment to the Lex Leonum Fraternitas days before Marcos’ death.

In her affidavit, Marcos’ cousin said Marcelo had promised that he would take care of (Marcos) during the initiation rites.  She added that she and Marcelo had exchanged text messages on Sunday evening, from 8:15 p.m. to 9 p.m.

At 7:03 Monday evening, the cousin said, Marcelo initially denied Marcos’ condition, but relented and asked for forgiveness when she was informed about Marcos’ death.

He declined to reveal the 33 names in the e-mail but said that the NBI was now checking their whereabouts.