In its latest bulletin, the additional fatality was Leyan Hayo of Mariveles, Bataan, who died from drowning.

Those served inside and outside of evacuation centers were 1,895 families or 8,476 persons.

Four remained missing, the fishermen in Ligaya village in Sablayan, Mindoro Occidental which left three days ago have not returned since. 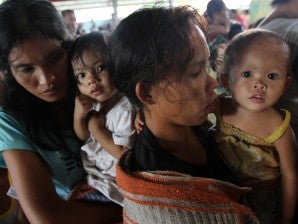 The fishermen were off to fish near Calintaan aboard two bancas with two men each.

As of posting time, seven typhoon-damaged bridges and 24 roads were closed in several provinces.

At least 1,163 houses were damaged, the NDRRMC said.

As of 11a.m., Gener was spotted 210 kilometers east northeast of Basco, Batanes, with maximum sustained winds of 120 kph near the center and gustiness of up to 150 kph. It was moving north northwest at 7 kph.

Fishing boats and other small seacraft were advised not to venture out into the Seaboard of Luzon and Visayas due to the combined effect of typhoon “Gener” and the southwest monsoon. Typhoon “Gener” was expected to enhance the southwest monsoon that will bring rains and moderate to strong winds over Luzon and Visayas especially the western section.

Estimated rainfall amount is from 10 – 35 mm per hour (heavy – torrential) within the 700 km diameter of the typhoon, Pagasa said.