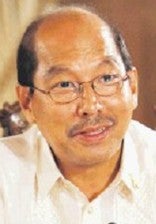 “These are political realities we have to consider,” said Abad when asked to explain why the administration continues to deprive some House representatives of pork barrel allocations, especially with elections coming next year.

But Abad clarified that this did not mean that their districts would not get direct allocations from the Department of Public Works and Highways (DPWH). “The President’s instruction was ‘don’t deny the districts,’” he added.

These House members  will continue to get zero allocations in the 2013 budget, Abad admitted.

But  while these representatives might not receive their pork barrel, their districts will continue to get access to their share of the budget through the DPWH.