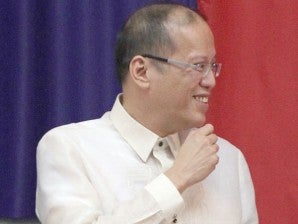 President Benigno Aquino has submitted to Congress the proposed P2.006-trillion national budget for 2013, saying it is a crucial step in improving the lives of Filipinos.

Mr. Aquino submitted the country’s very first P2-trillion budget, which he described as a “budget of empowerment,” the day after he delivered his State of the Nation Address (Sona) on Monday.

Malacañang officials said the administration expects Congress to pass the budget measure before the end of the year.

“The expenditure program is consistent with our macroeconomic and fiscal aspirations for the next fiscal year and in the medium term,” Mr. Aquino said in his budget message.

“Above that, this budget is a crucial step in our continuing pursuit of good governance—governance that will give our impoverished countrymen the opportunity to lift themselves out of their situations; governance that will ensure that this country moves forward together,” he added.

The 2013 budget represents 16.8 percent of the country’s projected gross domestic product (GDP). Based on a higher growth assumption of six to seven percent, it is higher by 10.5 percent, or P190 billion more, than the 2012 budget.

Budget Secretary Florencio B. Abad explained that 2013 budget intends to sustain the fiscal momentum set in 2011 and 2012 to ensure long-term and sustainable growth.

He said that in devising the 2013 budget, the administration wanted “to build on the gains we have so far posted as well as encourage more robust and inclusive fiscal growth in the coming year and beyond.”

He said the government expanded the citizen engagement in designing next year’s budget.

“To truly empower Filipinos with this budget, we intensified civic society and grassroots involvement in budget preparations so that the resulting expenditure plan accounts for the needs of the ordinary Filipino,” Abad said.

With the proposed 2013 budget, Abad said the Aquino administration sustains its comprehensive support of the social services sector, which received a 13.9-percent increase.

The total allocation—which now stands at P698.4 billion—will be used to close the delivery gaps in public education, health and social protection for the poor and vulnerable in the next fiscal year, according to Abad.

The economic services sector has been allotted P511.1 billion, or an increase of 16.4 percent from its 2012 budget of P439 billion. Abad said the increase will support rapid, sustained and inclusive growth that will benefit all Filipinos in a “direct, immediate and sustainable manner.”

According to Abad, the general public services sector takes up the third largest share of the 2013 budget with P346.1 billion allocation, higher by 8 percent than its current P320.3 billion.

He said debt services will receive P333.9 billion, while defense spending will get P89.7 billion.

Net lending under the 2013 budget will receive P26.5 billion in allocations, or an increase of 15.2 percent from the current budget.

DBM figures showed that the education department will continue to receive the bulk of budgetary support in line with the President’s agenda to improve the quality of public education in the country.

With an allocation of P292.7 billion for 2013—up by 22.6 percent from 2012—the Department of Education will be able to “plug up” all resource gaps for classrooms, teachers and textbooks by the end of 2013, officials said.

The Department of Public Works and Highways has the second largest share, in line with the Aquino administration’s goal of strengthening the country’s infrastructure base and fueling economic growth. It has a budget of P152.9 billion, or an increase of 21 percent.

The Department of National Defense will get a total of P121.6 billion, up by 12.5 percent from 2012, while the local governments department has been allotted P121.1 billion, an increase of 21.3 percent.

The Department of Agriculture will get a 20.6-percent increase in 2013, its total allocation rising to P74.1 billion. The agency aims to achieve food self-sufficiency by 2013.

The Department of Health got the highest budgetary increase of 24 percent, with P56.8 billion. The increase is expected to help the administration promote its universal healthcare agenda for all Filipinos, especially the poor.