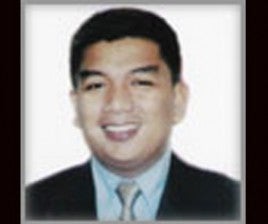 In his third state of the nation address before the joint session of both houses of Congress at the House of Representatives, Aquino said that before Hataman took office, ghost projects were rampant in the ARMM.

“Before our reforms in the ARMM began, what we had were ghost students walking to ghost schools on ghost roads, to learn from ghost teachers. Some of the apparitions that haunted OIC Governor Mujiv Hataman: Four schools found with ghost students; we are also investigating the teachers whose names do not appear in the list of the Professional Regulation Commission, as well as the government workers not listed in the plantilla,” Aquino said.

He added that since Hataman’s term, 55 ghost entries have been taken off the payroll and projects like re-graveling of roads repeatedly as some sort of fund raising program by local executives have also been outlawed. Likewise, the government also ended cash advances for agencies in the region.

“Now the soul of the ghosts in voters list can rest in peace. This is why, to OIC Governor Mujiv Hataman, we can say to you: you are indeed a certified ghost buster,” Aquino quipped.

He added that in replacement of these phantom projects, local authorities have constructed real housing and educational facilities for local indigent people in Basilan. Projects geared towards farming have also been initiated, Aquino said.