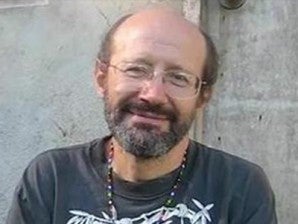 DAVAO CITY, Philippines — New witnesses have surfaced in connection with the October 17 murder of Italian missionary Father Fausto Tentorio, to boost theories that the military was involved in the killing, private prosecutors said.

The military has repeatedly denied any involvement in the Tentorio murder and blamed communist propaganda as behind efforts to drag soldiers into it.

Galon then cited the confession of Jimmy Ato, who admitted to the murder and said that Tentorio was killed on orders of some landowners in Arakan, North Cotabato, because of his opposition to a proposed hydropower plant project in the town. The landowners, Ato said in a statement he submitted to the National Bureau of Investigation, were poised to make money out of their properties if the project pushed through.

But lawyer Manuel Quibod, one of the private prosecutors in the Tentorio murder case, said some witnesses have surfaced and pointed to a Jan Corbala, a paramilitary leader, as behind Tentorio’s murder.

Quibod said that based on the witnesses’ account, Corbala planned to kill Tentorio as early as Oct. 15.

The witness also claimed Corbala met them on the eve of Oct. 15, showing the P50,000 the military allegedly provided for “operational expenses” and the motorcycle to be used.

The witness, Quibod said, also claimed that Corbala told them Tentorio was to be killed because he was “supporting the communist New People’s Army.”

Lawyer Gregorio Andolana, another private prosecutor in the Tentorio case, said the new witnesses had told them Corbala and his men were to kill the priest in Barangay Dalag, also in Arakan, where he had celebrated Mass on Oct. 15.

But the first attempt, he said, was foiled because the firearms intended to be used in the killing were intercepted and confiscated by the police.

“They were not successful on October 15, but they were successful October 17,” Andolana said.

He said the prosecutors secured a copy of the police blotter about the confiscation of the firearms, which showed that Corbala was among the people from whom the firearms were taken by the police.

The private prosecutors said that based on these testimonies, they asked the Department of Justice to include Corbala among the list of suspects in the Tentorio murder.

But the response from the DOJ has been snail-paced, they said.