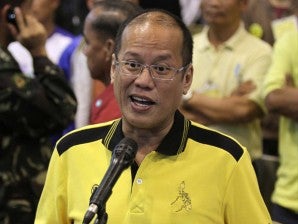 MANILA, Philippines—President  Benigno Aquino has appointed a Malacañang undersecretary to temporarily take the place of Justice Secretary Leila De Lima on the Judicial and Bar Council as the body draws up a short list from which the Chief Executive is to choose the next chief justice.

Aquino appointed lawyer Michael Musngi, undersecretary for special concerns in the Office of the President, as the representative of the executive branch in De Lima’s place.

In his letter to the JBC on July 19, 2012, Aquino said Musngi’s appointment to the JBC was “for the sole purpose of participating in the deliberations of the Judicial and Bar Council for the selection of nominees for the position of chief justice.”

De Lima is one of those who accepted a nomination to the post and will undergo the JBC’s screening process. Thus, she has inhibited herself from the council’s deliberations.

According to Executive Secretary Paquito Ochoa, Jr. the JBC has acceded to his request on behalf of the President to assign a substitute for De Lima to ensure that the three branches of government are equally represented on the council.

Ochoa said the council on July 17, 2012 wrote to say that it had “agreed to accept the designation of a representative of the Executive Department in the JBC whose rank is not lower than undersecretary.”

According to Malacañang, Musngi is a graduate of the Ateneo School of Law, and has been in government service since 2002.