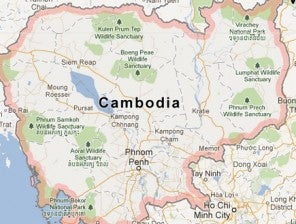 PHNOM PENH, Cambodia — A French citizen detained by Cambodia for weeks over his alleged links to an explosive Chinese political scandal has been freed and has flown to China to serve as a witness in the case, Cambodia’s government said Wednesday.

Police released Patrick Devillers in Phnom Penh on Tuesday after China made a formal request for Cambodia to do so, Cambodian Interior Ministry spokesman Khieu Sopheak said.

Government spokesman Khieu Kanharith said the Frenchman voluntarily boarded a plane bound for China, where he will serve as a witness in the case, and was not deported or extradited. Cambodian officials have previously said they would not extradite Devillers unless they obtained proof of wrongdoing.

It is unclear, though, why Devillers would voluntarily return to China, which had asked Cambodia to arrest him so he could be interrogated.

There was no immediate comment from China on the case.

Devillers was first detained June 13 for possible links to the death in China last November of British businessman Neil Heywood, but he was never charged with any crime.

Heywood had close ties to Bo Xilai, a Chinese political high-flier who was ousted as Communist Party chief of Chongqing city. Bo fell from power after his former police chief and longtime aide fled to a U.S. consulate and divulged suspicions that Bo’s wife, Gu Kailai, was involved in Heywood’s death.

Bo was subsequently removed as Chongqing party secretary in March and then suspended as a Politburo member amid speculation he tried to quash an investigation of his wife and a household employee over the Briton’s death. And the former police chief, Wang Lijun, resigned from the national legislature last month — a sign that he might be a step closer to formal arrest and trial.

Though authorities in China initially said Heywood died from either excess drinking or a heart attack, they have since named Gu as a suspect. She faces criminal charges.

News reports have said that Devillers, an architect, was closely linked to Bo, Gu and Heywood, and had helped Bo rebuild the northeastern Chinese city of Dalian when Bo was the city’s mayor in the 1990s.

China has considerable influence in Cambodia, having provided millions of dollars in aid over the past decade.