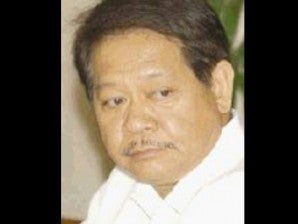 MANILA, Philippines—The Philippine Amusement and Gaming Corporation (Pagcor) on Tuesday filed a plunder case against former officials of Pagcor and a coffee concessionaire in connection with the overpriced coffee products sold in five Casino Filipino branches.

The complaint was filed a week before the State of the Nation Address (Sona) of President Benigno Aquino III. The overpriced coffee was revealed by Aquino in his 2011 Sona.

In a 25 page complaint, Genuino, Francisco and Figueroa, in their capacities as officials and/or employees of Pagcor allegedly directed Casino Filipino branches “to enter into concession agreements with Promolabels with a view towards enriching themselves and coffee concessionaire Manalo-Tan through the sale and purchase of overpriced Figaro coffee products, to the damage and prejudice of the Filipino people.”

Investigation showed that on May 16 2001, then Pagcor board headed by Genuino granted the proposal of Figaro Coffee Company to set up coffee kiosks in its Casino Filipino branches wherein the prices of beverages “will be similar to the prices in the malls.”

Initially, Promolabels given three to five-year contracts which were renewed following the expiration of their original terms without the benefit of public bidding.

The contract showed that Promolabels was a duly registered corporation. However, upon verification with the Securities and Exchange Commission (SEC) that it was not registered.

The complaint also stated that five Casino Filipino branches paid at least P258 million to Promolabels for the coffee products from 2005 to 2008 and the prices charged were higher than its prices at Figaro coffee shops outside Casino Filipino.

“For the years 2005 to 2008 alone, Pagcor could have saved at least P78 million if only the prices of Promolabels’ Figaro coffee products were the same as those of other Figaro franchisees,” the complaint stated.

The complaint also stated that Genuino, Francisco and Figueroa were “repeatedly informed of the losses being suffered or incurred by the Casino Filipino branches as a result of their transactions with Promolabels, and they refused or otherwise failed to act to stem or prevent further losses.”

It added that despite several audit observations, Pagcor pushed through with the contract.

Complainant led by Pagcor head Cristino Naguiat said they had to work back on all the documents pertaining to Promolabels transactions. The agency’s Auditors had to validate and verify every invoice and receipt of Promolabels, particularly for the period covering 2005 to 2008.

Currently, Pagcor said casinos serve free coffee to all its customers at prices ranging from P9.36 for a cup of brewed coffee to P14.99 for a cup of premium flavored coffee.