Some 5,000 cops to be deployed in Congress for Aquino speech | Inquirer News
Close
menu
search

Some 5,000 cops to be deployed in Congress for Aquino speech 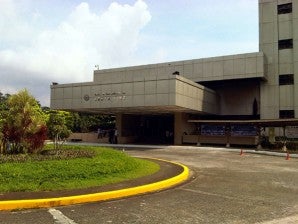 Photo of the South Wing Building of the House of Representatives. Photo by INQUIRER.net's Karen Boncocan

MANILA, Philippines – Around 5,000 police officers will be deployed at the Batasan Complex in Quezon City on July 23 when President Benigno Aquino III’s State of the Nation Address, a Philippine National Police spokesman said Friday.

Other support units such as the Police Security and Protection Group (PSPG), Civil Disturbance Management (CDM), and the Special Action Force (SAF) were also tasked to help maintain peace and order, he said.

PSPG, Cerbo said, would be involved in the deployment of protective security for VIPs, while CDM units would be in charge of making sure that protest actions would be staged peacefully. SAF units, on the other hand, will be on standby against any outbreak of violence.

While Cerbo didn’t mention any particular threat to security for Aquino’s address, the spokesman said anti-criminal operations of the National Capital Region would continue.

“If not let us enhance security more because we expect criminal elements to be on the prowl on and take advantage of occasions like these,” he said.